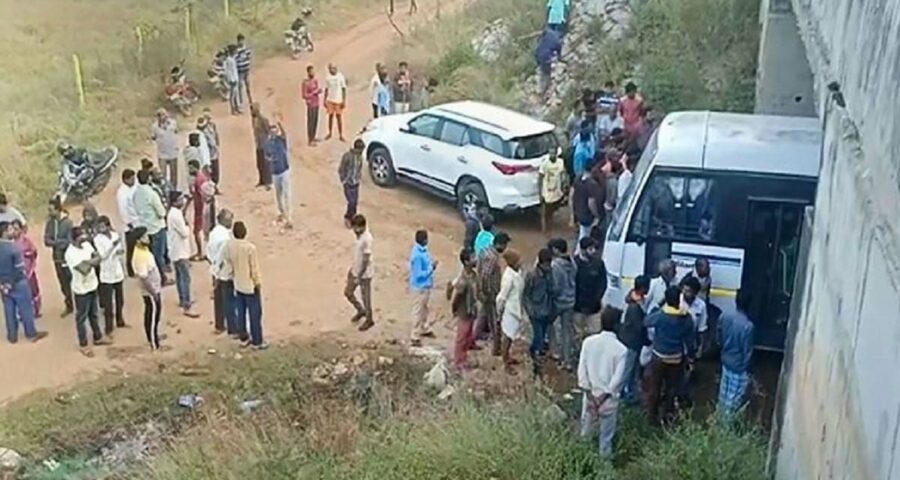 In 2019 in the month of December, a 26-year-old veterinary doctor Disha, was conned by four men near the toll who claimed her scooter had a flat and offered help. She was then raped  and  throttled near their parked truck a stone’s throw away from the toll gate, her body taken to Shadnagar and burnt at an underpass on Hyderabad-Bangalore highway.  Her Burning body was found the next day.

The four suspects Mohammed Areef, Ch Chennakeshavulu, J Shiva and J Naveen  were arrested in this case.  Telangana cops encountered the culprits and  the people hailed the cops for this action. But their actions were also opposed by the NGOs and human rights organizations.  Disha rape incident is still haunting the celebrities and top stars like Salman Khan, Akshay Kumar, Mass Maharaja Ravi Teja, and Rakul Preet Singh landed in trouble.

The celebrities from the film industry-  Anupam Kher, Farhan Akhtar, Ajay Devgn, Akshay Kumar, Salman Khan, Mass Maharaja Ravi Teja, Rakul Preet Singh, Allu Sirish, and Charmme Kaur used the real name of the victim while tweeting about the incident. Now according to the latest report, a Delhi based lawyer Gaurav Gulati filed a complaint against the celebrities regarding the same in Sabzi Mandi Police Station under IPC section 228 A and also filed a petition in Tees Hazari Court, for not being responsible.

Gaurav Gulati accused the celebrities of revealing the name of the rape victim despite the law prohibiting anyone to reveal the name.