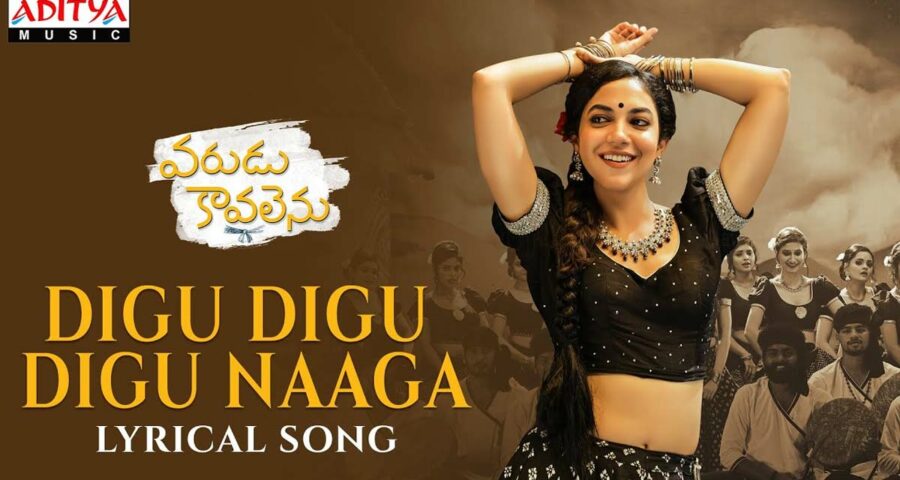 Naga Shaurya and Ritu Varma are working together for an upcoming film Varudu Kavalenu, which  is directed by Lakshmi Sowjanya   and it is produced by Naga Vamsi under the banner of Sithara Entertainments banner whereas the music  is composed  by Vishal Chandrasekhar.

The makers of Varudu Kavalenu have started the promotional activities and today morning they released first single Digu Digu.   The lyrical video  of Digu Digu features Ritu Varma and she  attracts the youth with her beautiful and graceful dance movements. Her look and expressions are highlighted.

The song Digu Digu is crooned by Sherya Ghosal and the lyrics are penned by Ananth Sriram. One of the music lover said, “Shreya Ghoshal literally changed her voice here for this folk song.

Shreya Ghoshal took Digu Digu to the next level with her voice modulation.