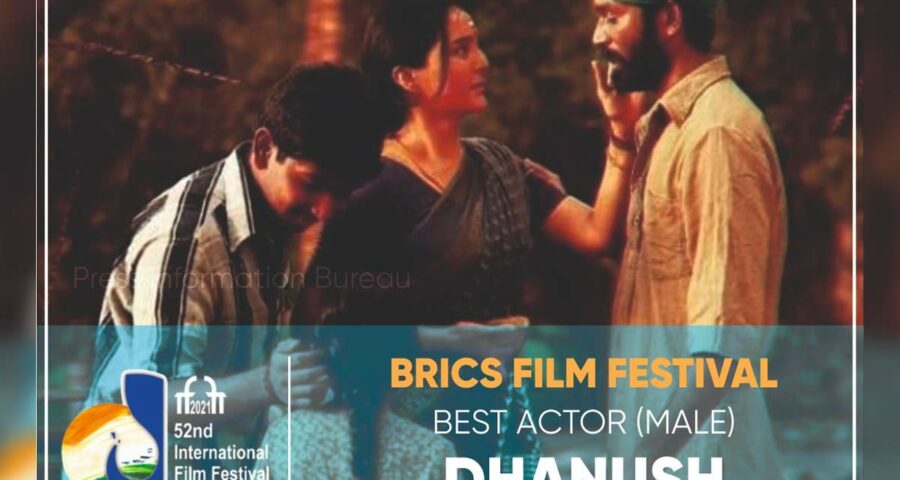 The BRICS festival had films from India, China, Brazil, Russia,  and South Africa participating in it.  The Chinese Director Yan Han was awarded the Special Mention Award for his movie A Little Red Flower at the festival.

Based on the Vekkai novel, Dhanush played a farmer in the film, which was  produced by Kalaipuli S Thanu  under the banner of under V Creations and directed by Vetrimaaran.  The movie Asuran was also remade in Telugu titled Narappa by Venkatesh Daggubati and National award winning actress Priyamani.

Asuran actor Dhanush won the Best Actor for his performance in the recently concluded National Award. The  action drama  was also adjudged as the Best Tamil film.

On the otherside, Dhanush was last seen in Karthik Subbaraj’ directorial venture Jagame Thandhiram, which premiered directly on Netflix.  Currently he is busy with the shooting of his upcoming films, Maaran and Thiruchitrambalam.

Dhanush with Enjaami: A billion and a half picture