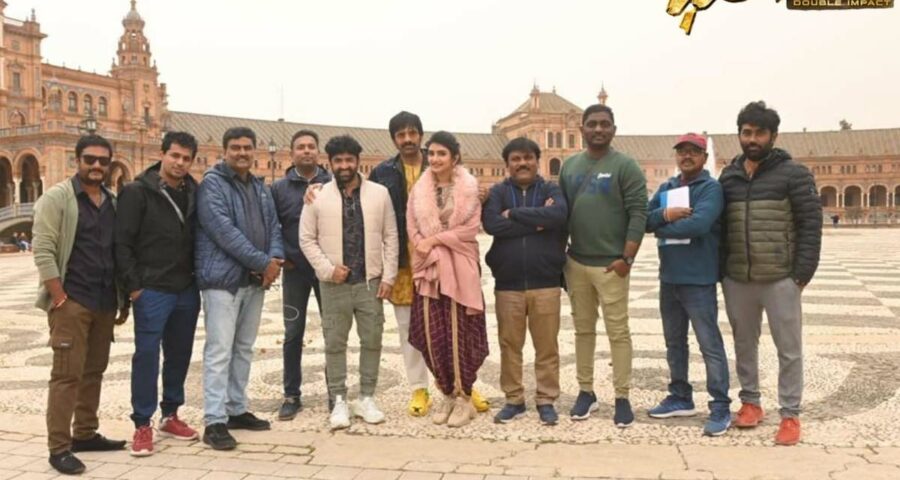 The combination of Mass Maharaja Ravi Teja and Trinadha Rao Nakkina is sensational, though they are working together for the first time for #RT69. Mass Maharaja who is known for his highly energetic performance is currently in Spain for the shoot of his film Dhamaka.

Trinadha Rao Nakkina is known for presenting his heroes in most dynamic roles and he is all set to present Ravi Teja in a never before seen avatar. Now according to the latest report,  the new schedule of Dhamaka has been started in Spain. Sree Leela is on the board to play the love interest of Ravi Teja.

The makers are planning to shoot the songs in this schedule on a lavish scale. One of them will be shot at the Historic Place ‘Plaza de España’ in which Ravi Teja and Sree Leela will participate.

Touted to be an out and out entertainer, the film is being mounted on a grand scale by People’s Media Factory and Abhishek Aggarwal Arts. TG Vishwa Prasad is bankrolling this actioner, while Vivek Kuchibhotla is the co-producer. The movie also has some well-known actors in vital roles and top-notch technicians handling different crafts. Bheems Ceciroleo is scoring the music and Karthik Ghattamaneni is handling the cinematography.