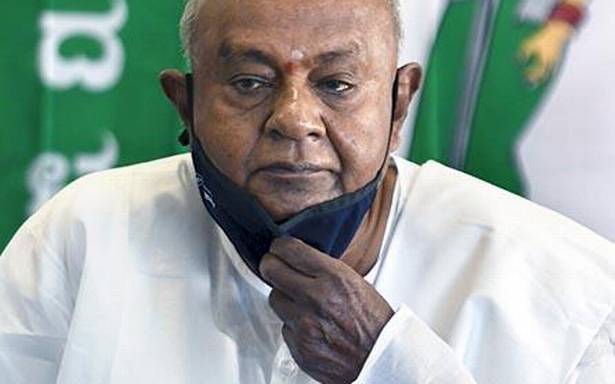 Former Prime Minister and JD(S) chief H.D. Deve Gowda, 88, is under observation for COVID-19 at a private hospital as his wife Chenamma Deve Gowda, 84, tested positive for the virus on Wednesday.

Although Mr. Gowda himself tweeted on Wednesday morning that he and his wife tested positive, later in the day Manipal Hospital where they have been admitted said that he was under observation for suspected COVID-19.

Ms. Chenamma had developed a fever on Sunday after returning from Holenarsipura where she had visited a temple and participated in a fair. Their daughter Shailaja, gunman and other helpers at his residence have been quarantined and will be tested on the fifth day, said Dr. Manjunath.