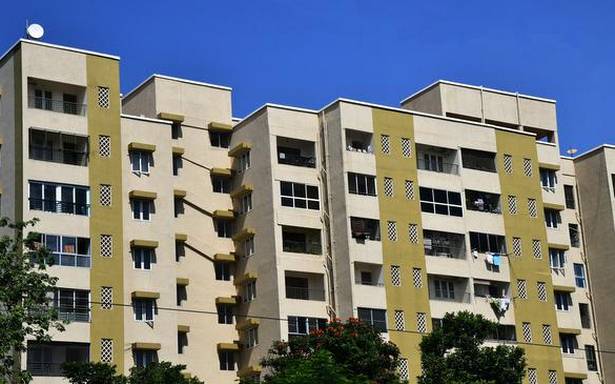 ‘Return of NRIs and WFH culture are the prime reasons’

Due to a lacklustre demand for luxury apartments, realtors in Tiruchi have limited their presence to affordable flats alone.

The apartment culture came into being in Srirangam in the late 1980’s, a time when flats were sold for ₹200 a sq. ft. It went up to ₹350 in the early 1990’s. Though the apartment concept was new, it caught on mainly due to the affordability of flats.

The concept gradually expanded to Cantonment, Thillai Nagar, Woraiyur, Thennur and Vayalur Road. It reached its peak in 2010. On seeing a good demand for flats, a section of builders diversified into building luxury flats. But since 2011-12, the market is witnessing a downturn. Except for a few established builders, several small builders and first-time promoters have stopped new projects due to stagnation in stock inventory. The established players are also cautious now.

Though COVID-19 had an adverse impact in the construction sector, it is said that the demand for affordable housing has gone up marginally after the first lockdown, as several ready-to-move flats, measuring less than 1,000 sq. ft., were sold. In line with the buyers’ sentiments, the builders have started launching affordable flats.

At least five new projects have been launched in the city in the last few weeks. Five proposals are waiting for approval from the Town and Country Planning authorities in Tiruchi and Chennai. Delegation of more powers to the local planning authorities has also come in handy for the promoters in launching affordable flats.

“The return of non-resident Indians in the wake of the COVID-19 pandemic and the work-from-home culture infused life into the sagging realty sector. We get several enquiries for affordable houses. So the builders have started launching new projects,” says S. Anand, Managing Director, Jeyam Builders.

He says that many buyers look for flats measuring 900 to 1,000 square feet – and 1% GST for houses measuring less than 968 sq.ft., as against 5% for flats costing above ₹45 lakh is another reason for the demand for affordable flats.

But there are players who want to study the market before launching affordable projects. P. Ravichandran, Managing Director of Royal Shelters, said that the demand for affordable flats was good after the first wave. But there was a fluctuation in demand after the second wave of COVID-19. The market had to be studied well, he said.