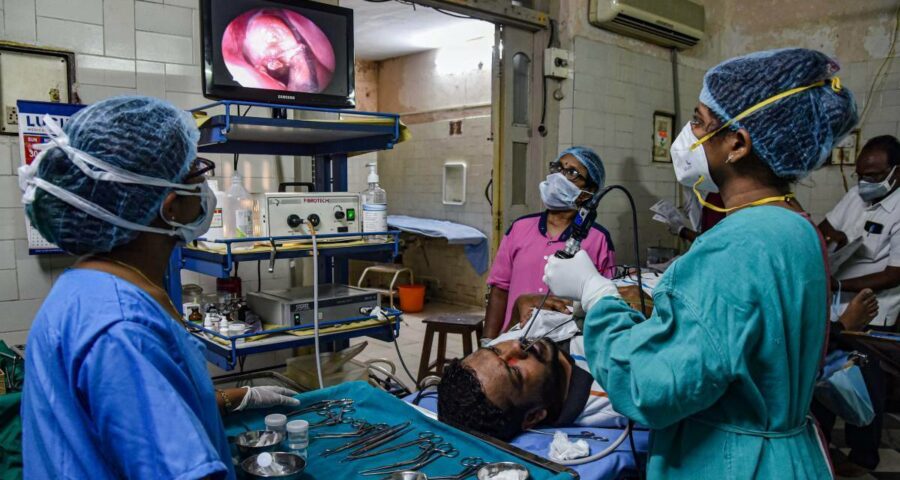 Centre earlier told the court that the total expected supply from the existing manufacturers for the month of May is 1,63,752 vials and for June it is expected to be 2,55,140 vials. 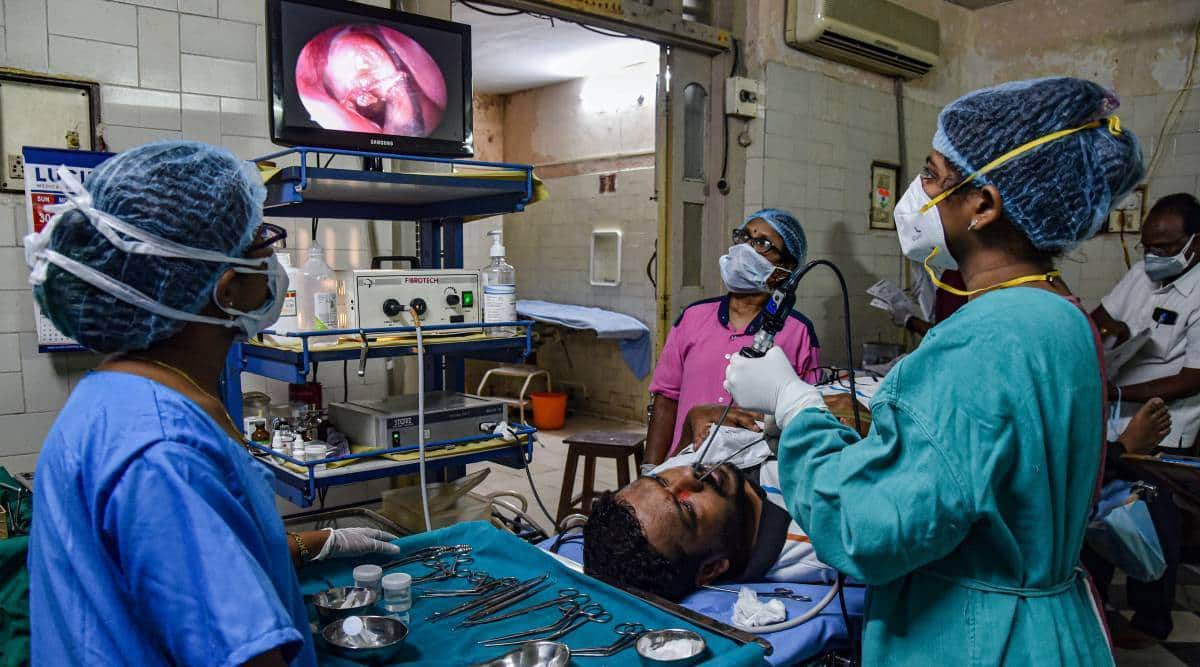 THE DELHI High Court on Monday said that Centre’s projected production and the imports of antifungal drug Amphotericin-B — prescribed for treatment of black fungus or mucormycosis — may well fall short of the country’s requirement. It said “drastic measures” are required to ramp up the production to bridge the gap and “it cannot work at this pace”.

“You have 8,800 reported cases (across India) and the admitted position is six vials a day per person, so about 52,000 vials per day for the country. Your expected supply in June is 2.55 (lakh) which is five days supply. Your new expected production is 72,000, so one-and-a-half days for June. You have placed supplies with Gilead… maybe you get 1.50 lakh vials so three days. So, in all, you have nine days for June. That is the best you are pitching,” observed the division bench of Justices Vipin Sanghi and Jasmeet Singh.

It later asked the Centre to file a status report in the matter by Thursday. “You have supplied 3,850 to Delhi over 20 days; that is three days supply. How does maths pan out here? I am not getting it all, not understanding it at all. There is an element of sarcasm. I am trying to explain that it is not panning out,” observed Justice Singh.

Centre earlier told the court that the total expected supply from the existing manufacturers for the month of May is 1,63,752 vials and for June it is expected to be 2,55,140 vials. The government also said five new manufacturers have been given licenses on May 19 and their total production capacity is 1,41,500 and their supply in June will be 72,000 vials.

Regarding the imports, the Centre said that an order for 7,05,000 vials has been placed with Gilead and the supply made so far is 26,165 in April, 61,376 between May 1 and May 14 and 47,010 between May 17 and May 22. “Apart from Gilead, through our missions, consulates and other offices of the government abroad, we are approaching other people, trying to find out other avenues through which the same product can be procured,” advocate Kirtiman Singh, representing the Centre, told the court.

The Union government also told the court that they are also looking at alternative medicines to treat the disease. “The problem is a genuine one. I cannot dispute the fact that there is a gap between the obvious demand and supply. The capacity for production whether in India or abroad is being explored and stretched to the limit,” it said.