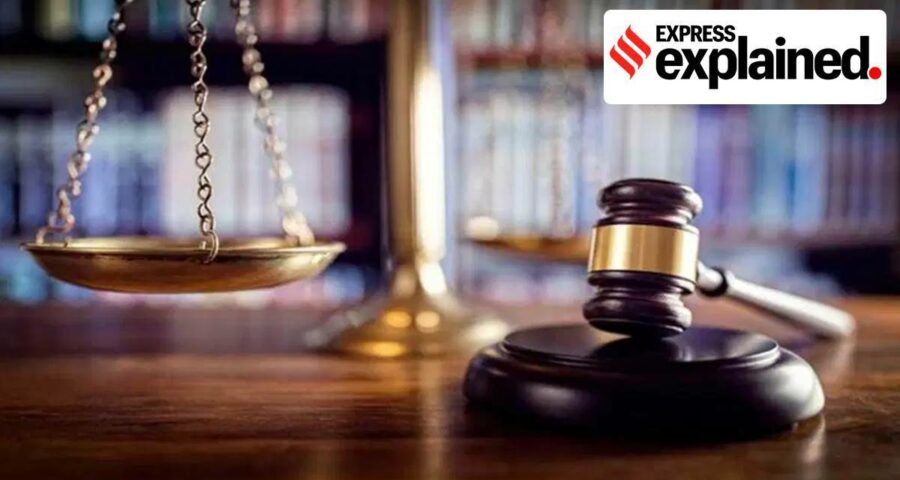 The three orders by the Delhi High Court are perhaps the first instance of a court calling out alleged misuse of the UAPA against individuals in cases that do not necessarily fall in the category of "terrorism" cases. Quoting sections of the Unlawful Activities Prevention Act, 1967, and a string of key Supreme Court rulings on terrorism and terror laws, the court reasoned that “the more stringent a penal provision, the more strictly it must be construed”. By doing so, it raised the bar for the State to book an individual for terrorism under the UAPA.

The three orders by Justices Siddharth Mridul and Anup Jairam Bhambhani are perhaps the first instance of a court calling out alleged misuse of the UAPA against individuals in cases that do not necessarily fall in the category of “terrorism” cases.

This caution is significant given the sharp surge in the state’s use of this provision in a sweeping range of alleged offences — against tribals in Chhattisgarh, those using social media through proxy servers in Jammu and Kashmir; and journalists in Manipur among others.

According to data provided by the Ministry of Home Affairs in Parliament in March, a total of 1126 cases were registered under UAPA in 2019, a sharp rise from 897 in 2015.

UAPA, in relaxing timelines for the state to file chargesheets and its stringent conditions for bail, gives the state more powers compared to the Indian Penal Code.

In its order granting bail to Tanha, the court quotes the law itself to define its limits: “…the phrase ‘terrorist act’ has been defined in a very wide and detailed manner within Section 15 itself, in our opinion, the court must be careful in employing the definitional words and phrases used in Section 15 in their absolute literal sense or use them lightly in a manner that would trivialise the extremely heinous offence of ‘terrorist act’, without understanding how terrorism is different even from conventional, heinous crime.”

Incidentally, Justice Bhambhani was part of the two-judge bench that heard the initial cases related to the 2020 North-East Delhi riots in a midnight hearing along with Justice S Muralidhar.

The bail orders also refer to how the Supreme Court itself, in the 1994 case of Kartar Singh v State of Punjab, flagged similar concerns against the misuse of another anti-terror law, the Terrorists and Disruptive Activities (Prevention) Act, 1987.

The Delhi Police argued that the terror clause in UAPA can be invoked, not just for the “intent to threaten the unity and integrity but the likelihood to threaten the unity and integrity”, or “the intent to strike terror but the likelihood to strike terror, not just the use of firearms” but also for “causing or likely to cause not just death but injuries to any person or persons or loss or damage or destruction of property.”

Rejecting this interpretation, the court said that it is a “sacrosanct principle of interpretation of penal provisions” that these must be construed strictly and narrowly. This is key to ensuring that a person who was not covered by the legislative ambit does not get roped into a penal provision.

“The extent and reach of terrorist activity must travel beyond the effect of an ordinary crime and must not arise merely by causing disturbance of law and order or even public order; and must be such that it travels beyond the capacity of the ordinary law enforcement agencies to deal with it under the ordinary penal law,” the court said, citing a 1992 SC ruling in the case of Hitendra Vishnu Thakur v State of Maharashtra.

“Where the court finds that an act or omission is adequately addressed and dealt with by the ordinary penal law of the land, the court must not countenance a State agency ‘crying wolf’,” the court said.

The Delhi High Court’s reading of what constitutes terror activity led to its conclusion that the state did not make a prima facie case under UAPA against the three accused.

Bail under UAPA can be granted only when the court is of the opinion that there are reasonable grounds for believing that the accusation against such person is prima facie true.

In 2019, the SC, in NIA v Zahoor Ahmed Watali, read the bail provisions strictly, holding that courts must only be satisfied that a prima facie case can be made out to deny bail and not consider the merit or the admissibility of the evidence.

The Delhi HC orders applied the Watali precedent by placing the burden of making out a prima facie case on the police instead of the court itself having to make out a case.