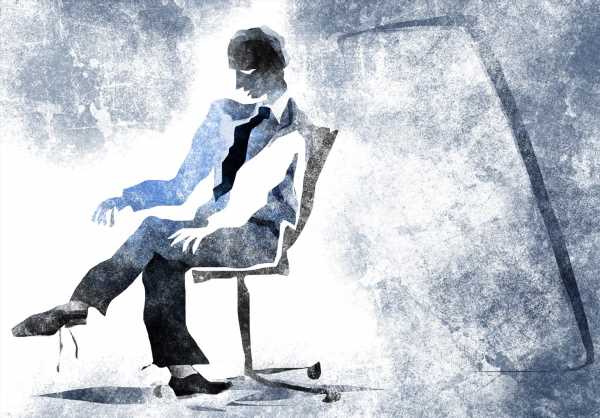 Are algos taking over from ‘shoeshine and a smile’, asks Ajit Balakrishnan.

‘Can you explain to me why this feature [and I named one] is missing in your suite of products?’ I asked the India sales head of a world-famous multinational software product company.

I wondered whether he was pulling my leg and I scrutinised his face closely — it was smiling very respectfully.

‘Can you tell me which reputed companies in India are using this product?’ I asked him.

‘All the data you need to make a decision, sir, is available on our Web site,’ he said to me.

After I bade a hasty goodbye to him, I found myself in deep reflection.

Have world-dominating tech companies such as the one he is employed by started prohibiting executives as senior as this one from explaining to a potential large customer such as us the technical details of their products?

Is it because they do not trust him not to make a mistake?

Or is it because they feel that by making prospective customers like me go to their Web site they stand a better chance of increasing my desire to buy enough to make me actually place a trial order at least, if not the full order.

I found my thoughts drifting to an American classic play that I had read in my high school days — Arthur Miller’s Death of a Salesman. Its protagonist, Willy Loman, is 63 and a travelling salesman based in New York.

He dreams of being a success with both wealth and freedom and believes that the key to this success is to be well-liked, but also believes that, unfortunately, people do not like him as much as he thinks is necessary to be a success.

Even a schoolboy like me was struck by the tragic ending, when Willy’s friend Charlie eulogises at his funeral: ‘Nobody dast blame this man. You don’t understand: Willy was a salesman. And for a salesman, there is no rock bottom to the life. He don’t put a bolt to a nut, he don’t tell you the law or give you medicine. He’s man way out there in the blue, riding on a smile and a shoeshine. And when they start not smiling back — that’s an earthquake.’

Though the play was a tremendous hit in 1950s America and the rest of the world, the role of a salesman, with his characteristic ‘smile and shoeshine’ continued to be seen as the key to success in the commercial world.

In post-Independent India, dominated as it was by British multinational companies, success in executive life meant having the right shoeshine (read, the right public school and Christian undergrad college and being a member of the right Gymkhana Club) and, of course, charm in dealing with the customer who was often a person with a similar ‘shoeshine and smile’ background.

In some industries (share broking, wealth management, hospitality, travel and recruitment, to name a few) these skills continued to be valued well into the 2000s. The right shoeshine and smile got you jobs in these industries and gave you access to networks full of fellow-shoeshiners and smilers happy to do business with you.

Shoeshiners and smilers sat in senior executive positions, watching as technical change made their hitherto monopolistic British-owned companies decay and get taken over by traditional Indian business groups eyeing the value of the land these companies’ offices and factories stood on.

Then the Internet and its impersonality burst into this scene. Politicians started preferring posting to sites like Twitter directly rather than cozying up to journalists and responding to their charm. Marketeers started preferring buying/advertising through stock market-like trading platforms run by Google and others rather than over a drink at the Bombay Gymkhana and such-like clubs.

In parallel to all these developments, the expectation of what you need to get paid for a marketing effort online has also escalated.

At the beginning of the online sales/marketing era (mid-1990s to early 2000s) Web sites got paid for merely showing an ad on your site — the measure of this was a statement from the site stating how many ‘impressions’ the ad was shown for.

Then it toughened to being paid for how many times someone clicked on the ad.

It further toughened to being paid only if a person who had seen the ad filled in a form, giving his name, mobile number, etc.

As I write this, it has further toughened: Many auto manufacturers, for example, pay for ads only if the person who saw the ad and filled in the form with his personal details actually showed up at the showroom and did a test drive!

Marketing and sales functions started getting ‘professionalised’ in the late 1960s, and brandishing quantification measures like awareness %, interest %, desire %, and action % became the basics of being a professional manager in marketing and sales.

Death of a Salesman addresses loss of identity and a man’s inability to accept change within himself and society.

Is the current passion for algorithm-based Internet sales a mere continuation towards more of the ideology of ‘quantification’ or will it deal a terminal blow to the men and women who, for decades, achieved wealth and freedom, like Willy Loman badly wanted to have, equipped merely with a shoeshine and a smile?

Ajit Balakrishnan ([email protected]), founder and CEO, Rediff.com, is an Internet entrepreneur and chaired a committee set up by the ministry of human resource development on education and entrepreneurship to provide inputs for the National Education Policy.