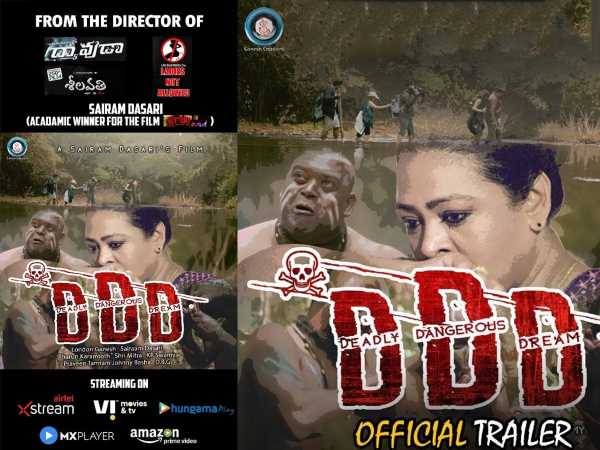 Shakeela is a name synonymous with adult movies in the past. She became a character artist and acted in a few movies later.  Now she is coming up with her Telugu  film after a long gap, DDD- Deadly Dangerous Dream.

DDD- Deadly Dangerous Dream is helmed by Sairam Dasari who is known for  Dyavudaa Seelavathi and Ladies Not Allowed.  It is produced by London Ganesh  and the  music is scored  by Shri Mitra. The cinematography is handled by Tharun Karamthod whereas KR Swamy is the editor.

The director Sairam Dasari (Academic winner for the film Lottery) promised that the film DDD will be a good entertainer for everyone.