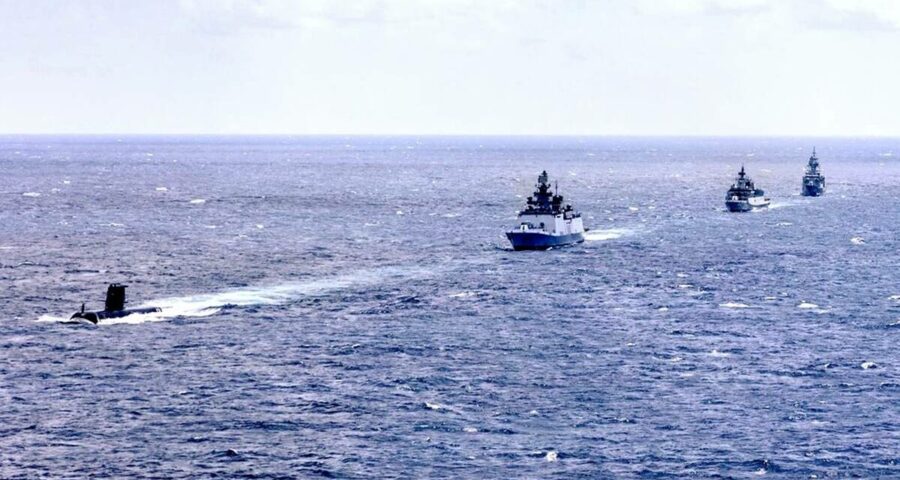 The bilateral exercise comes on the heels of the Malabar Naval Exercise, one of the largest wargaming exercises of India, in which all the four members of the Quad had participated—India, Australia, the US and Japan—in the last week of August. 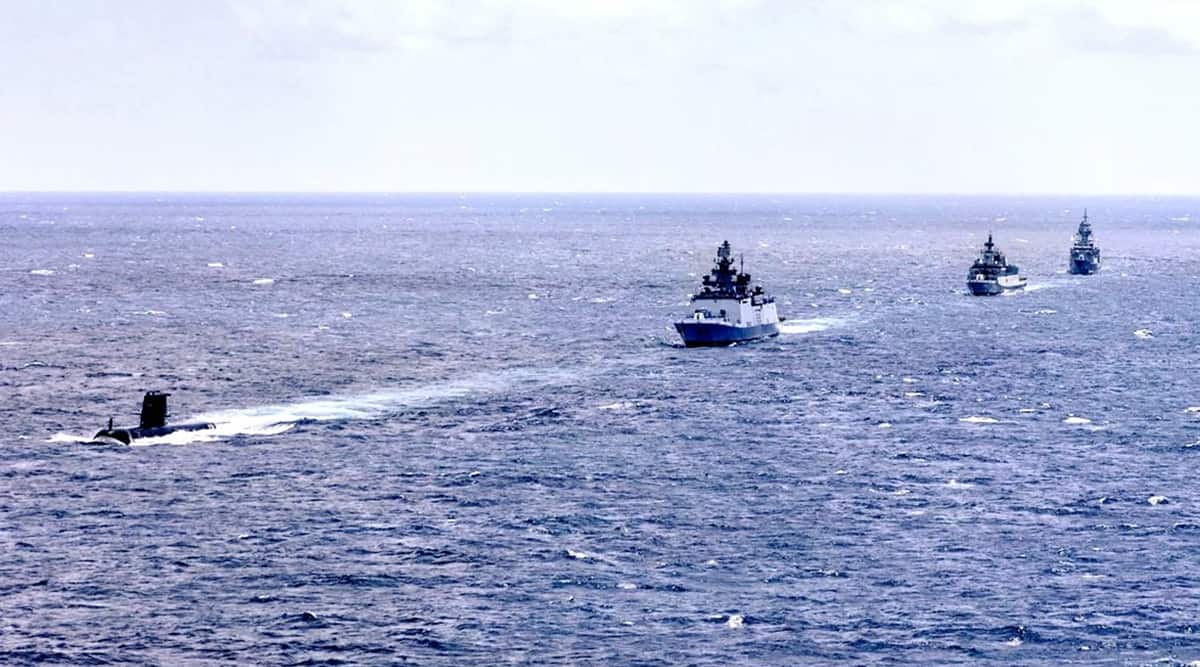 Continuing with its series of bilateral and multilateral exercises in the Indo-Pacific region, the Navy is participating in a naval exercise with the Australian navy from September 6 to September 10. The bilateral exercise comes on the heels of the Malabar Naval Exercise, one of the largest wargaming exercises of India, in which all the four members of the Quad had participated—India, Australia, the US and Japan—in the last week of August.

The series of exercises are a part of the two-month deployment of the Navy’s Eastern Fleet to Southeast Asia, South China Sea and the Western Pacific. Apart from the Malabar, the Navy has also conducted bilateral exercises with navies of Vietnam, the Philippines, Indonesia and Singapore already. The deployment, with exercises with China’s littoral nations, comes with the 16-month long military standoff with China in eastern Ladakh in the backdrop, along with Beijing’s increasingly aggressive maritime stance in the region.

The Navy mentioned in a statement on Monday that its task group of INS Shivalik and INS Kadmatt is participating in the 4rth edition of AUSINDEX. Royal Australian Navy (RAN) Anzac Class Frigate, HMAS Warramunga which participated in Exercise Malabar along with the two mentioned Indian warships is also part of the exercise.

It added that the Indian warships are the “are the latest indigenously designed and built”. INS Shivalik is a Guided Missile Stealth Frigate and INS Kadmatt is an Anti-Submarine Corvette.

The Navy said that AUSINDEX, which began in 2015 “has grown in complexity over the years and the 3rd edition of the exercise, held in 2019 in the Bay of Bengal, included anti-submarine drills for the first time.” In this edition, it mentioned the “the surface units of both the countries will be exercising with HMAS Rankin, a Collins Class Australian Submarine, Royal Australian Air Force P-8A and F-18A aircraft, along with integral helicopters of both the Navies”.

“The exercise will provide an opportunity for both navies to further bolster inter-operability, gain from best practices and develop a common understanding of procedures for Maritime Security Operations.” The Navy stated.

It called the exercise a “true representation of Joint Guidance signed by the Navy chiefs on August 18, which, it said is an “important document is aligned to the 2020 Comprehensive Strategic Partnership between the two nations and aims to further consolidate shared commitment to regional and global security challenges promoting peace, security and stability in the Indo-Pacific region”.