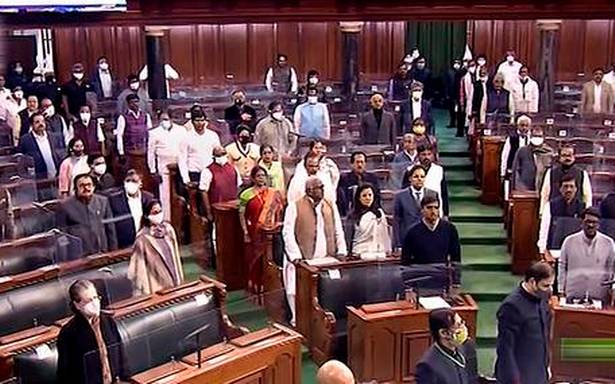 Once again, a Lok Sabha (LS) session has ended amid criticism that bills were passed before adequate discussion. In addition, many MPs have also expressed concern that increasingly, fewer Bills are being sent to standing committees. The Farm Laws Repeal Bill was discussed in the LS for two minutes – the joint second-lowest time for discussion of a bill since 2014. The Election Laws (Amendment) Bill, which includes the controversial clause linking electoral roll data with Aadhaar, was discussed in LS for 26 minutes before it was passed. This Bill was not sent to a standing committee. However, the winter session was relatively better than the monsoon session during which 14 bills were introduced and passed after being discussed for less than 10 minutes each.

During the last monsoon session, 14 bills were passed by the LS which each being debated for 10 minutes or less. In the rest of the 22 sessions that have taken place since 2014, only 12 such bills were passed. The average time spent discussing a bill dropped from 213 minutes in 2019 to 85 minutes in 2021. Bills passed in 10 mins or less are coloured red while those passed in the recently concluded winter session are coloured blue.

During the winter session, about 19.3 hours were spent on non-legislative debates in the LS such as climate change and the COVID-19 pandemic — the highest time allocated in the last seven sessions.

In total, LS worked for 77% of its scheduled time and the Rajya Sabha worked for 43%. While this is longer than the last monsoon session, it is shorter compared to other sessions in the recent past.