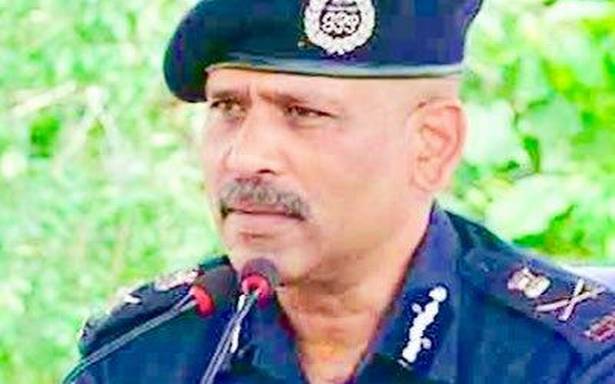 As West Bengal and Odisha brace for another severe cyclone after the Amphan havoc last year, NDRF chief S.N. Pradhan has urged authorities in the two States to adopt an "over-preparing" approach for the impending natural disaster, and carry out evacuation even in the least vulnerable places.

He said those engaged in evacuation work must realise as well as make people understand that the choice is between temporary discomfort and death.

"What we have learnt so far from our experiences over the years is that if the disaster prediction is X, then you must prepare for 2X because a natural phenomenon can turn worse in a matter of hours. So, if the forecast is for a very severe cyclone of 150 kilometres per hour, you should gear up for an extremely severe cyclone.

"My advice to all the district magistrates would be to go for extra evacuation even in places identified as mildly vulnerable. Please remember, timely evacuation is a life saver. I believe the culture of over preparing has to come to India now," Mr. Pradhan, the NDRF Director General, told PTI in an interview.

He said 12 teams have so far been stationed in West Bengal and more are on standby.

Several of its personnel have just returned from Gujarat, which was battered by cyclone Tauktae a few days ago, and are being tested for COVID-19, he said.

It is likely to cause very heavy rainfall in the coastal districts of West Bengal and north Odisha.

"There is a lot of automation these days. For example, we have battery-powered projectile cutters for tall trees that can be remotely cut. Plasma pole cutters are something new as well. We now also have the full component of our authorised boats," the top NDRF official said.

Mr. Pradhan, however, expressed disappointment over the training and availability of State Disaster Response Force (SDRF) personnel for emergency situations.

"Either they (SDRFs) are on paper or are miniscule in number and not trained enough. I think the Odisha model is praiseworthy in this context because they have a committed ODRAF and fire service teams, who also double up as disaster management personnel," he said.

Asked about how the force is dealing with the pandemic situation, the director general said several measures have been taken to instil confidence and improve morale among the personnel, including by vaccinating nearly 98% of them.

"All jawans wear a specialised gear that covers the entire face and extends till the chest. We now earmark a component as a Covid unit, comprising three or four personnel who carry medicines, are good at preliminary treatment and can contact doctors. There is also a central Covid facility at our headquarters with a chief medical officer.

"We have also set up temporary hospitals with at least 10 beds, equipped with facilities like oxygen concentrators and basic medicines in every battalion, apart from our own COVID-19 testing arrangements," Mr. Pradhan added.