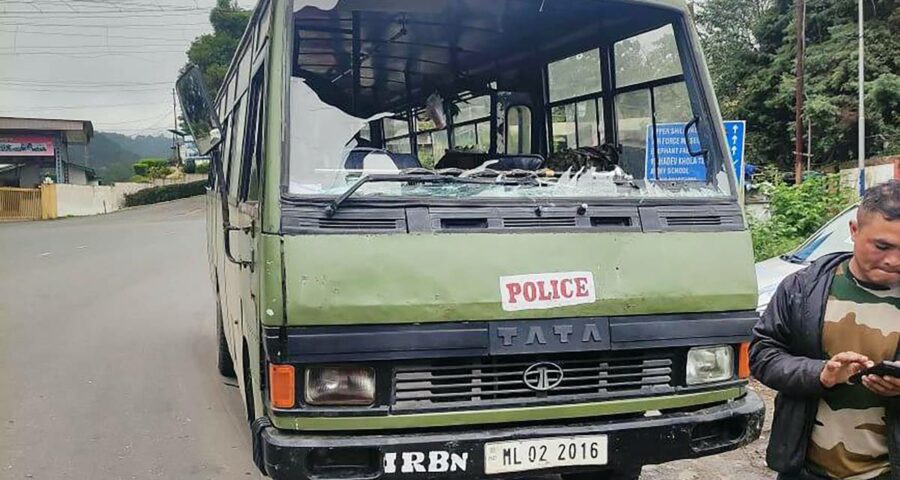 Violence erupted in Shillong following the death of Cheristerfield Thangkhiew, the former self-styled general secretary of the outlawed Hynniewtrep National Liberation Council, in an encounter on August 13 Curfew, which was clamped here following unrest, was lifted for 12 hours from 5 am on Thursday as the law and order situation improved in the last 24 hours, an official said. The restriction, however, will be in place at night, he said.

East Khasi Hills Deputy Commissioner I Laloo has issued an order, relaxing the curfew in Shillong urban agglomeration for 12 hours till 5 pm on August 19, the official said.

Shops involved in selling essential items have been allowed to open till 4 pm and transactions at banks permitted till 3 pm.

State and central government offices, private establishments and post offices have been allowed to operate till 4 pm with a 30 percent workforce, according to the order.

The district administration had on Wednesday lifted the curfew in the state capital for 11 hours till 4 pm.

Mobile internet services were also withdrawn since the evening of August 15 in at least four districts after vandalism and arson rocked the state capital and nearby areas on Independence Day during the funeral procession of a former militant, who was killed in a recent police encounter.

The mobile data services were restored on Wednesday night, the official said.

Violence erupted in Mawlai and Jaiaw areas of Shillong following the death of Cheristerfield Thangkhiew, the former self-styled general secretary of the outlawed Hynniewtrep National Liberation Council (HNLC), in an encounter when the police raided his home in the early hours of August 13.

Thangkhiew, who had surrendered in 2018, was shot dead when he allegedly tried to attack a police team with a knife during the raid in connection with a series of IED blasts in the state.

Meghalaya Home Minister Lahkmen Rymbui had resigned on Sunday amid violence in the city over the police shooting of the former militant.

Sangma had on Monday announced a judicial investigation into the death of 54-year-old Thangkhiew and Meghalaya Human Rights Commission chairperson Justice T Vaiphei will conduct the probe.

A group of people from Mawlai had met Sangma and Deputy Chief Minister Prestone Tynsong on Wednesday and demanded suspension of police officers involved in the encounter.