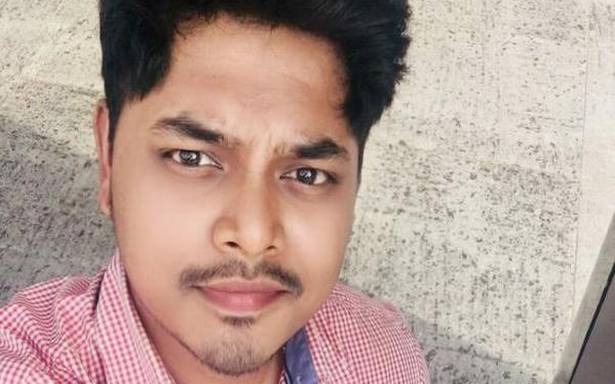 The way people have showered their love and affection through contributions has generated a fresh hope, say family members

Amrit Pradhan, a 24-year-old youth, is neither a celebrity nor does he belong to an affluent family in Odisha. But, a special team of doctors from the Apollo Hospital, Chennai, came here to shift him in an air-ambulance possibly for a lung transplant.

Amidst the all-pervasive gloom and pessimism during the pandemic, the airlifting of the unemployed youth has thrown up an example of community bonding and camaraderie.

Following an emotional appeal from the family members, people from across the country have raised close to ₹60 lakh helping the youth continue his battle against COVID-19.

After passing out from the premier government College of Engineering & Technology, Amrit had taken up a corporate job. During the pandemic, he left the job and started preparing for the civil services.

Everything was going smoothly for the Berhampur-based family until his mother, a primary school teacher, contracted the virus around last week of April and subsequently, his father, a retired bank employee, too tested positive. While Amrit was taking care of his parents, he started showing COVID-19 symptoms.

He was initially admitted to a private hospital here and later shifted to AIIMS-Bhubaneswar on May 2 when his condition deteriorated. He has been on ventilator support for the last 20 days.

According to family members, severe COVID-19-related infection has aggravated pneumonia, septicemia and a major fungal infection in addition to many other complications.

“Around May 24, doctors at AIIMS advised us that my brother would need to be admitted in a hospital having facility for extracorporeal membrane oxygenation (ECMO) support and lung transplantation which is not available in Odisha,” said Manisha Pradhan, elder sister of the youth.

“Though doctors’ advice created fresh hope, it also pushed the family into a state of hopeless situation. The treatment would require a minimum ₹1.2 crore to begin with and no one knows where it would end up. The ECMO supported airlift to an ECMO and lung transplant facility alone would require ₹30 to ₹40 lakh,” said Chidananda Tarai, brother in-law of Amrit.

Members of the family with limited resources said the fast-evolving situation had forced them to opt for the fund-raising route.

“Even as we posted an appeal providing the details of Amrit’s health condition and treatment, the search for the hospital facility had begun. The appeal immediately connected people across the country. Within a week, ₹57,24,750 was mobilised through Milaap, a free crowdfunding online platform, for medical emergencies,” said Mr. Tarai.

Some friends though unknown to Amrit came to help physically arranging treatment requirements.

On Thursday, the family got the confirmation of bed facility at the Apollo Hospital, Chennai and the process of airlifting started immediately. The Commissionerate of Bhubaneswar and Cuttack facilitated a green corridor for the special ambulance to travel the 10-km from AIIMS-Bhubaneswar to the Biju Patnaik Airport. The ambulance took minimum time to access the airport.

“My brother is very strong and has been battling for life for about 20 days on ventilator support. The way people have showered their love and affection through contributions, it generated a fresh hope. I am sure my brother will walk away from hospital with the blessings of the well-wishers, who we don’t know about and where they are based,” said Ms. Pradhan.