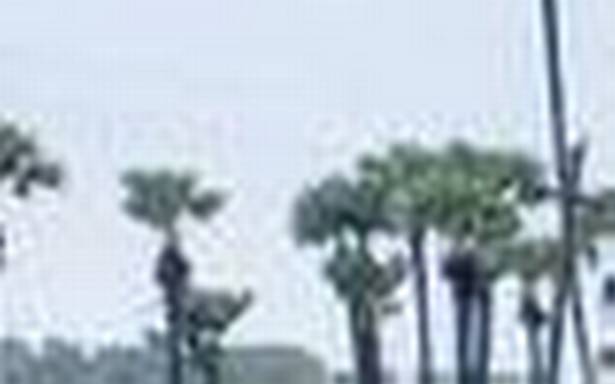 Officials instructed to assess the losses

The government has asked the agriculture officers and village agriculture assistants to take up the enumeration exercise to assess the damage.

Agriculture Deputy Director (Vizianagaram) S.B.S. Nandh said that the water stagnation in fields was a major concern in the aftermath of the cyclone.

“Paddy crops in 22,000 acres, maize in 12,700 acres and cotton in 4,950 acres have been inundated in the district. As per initial reports, standing crops in nearly 45,000 acres in Vizianagaram and around 55,000 acres in Srikakulam have been damaged,” Mr. Nandhsaid.

They urged the government to announce a compensation of at least ₹30,000 per acre.