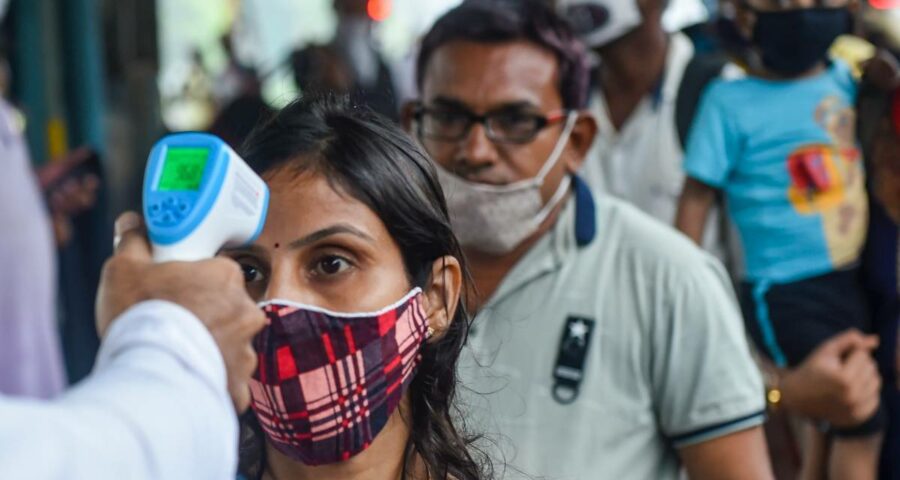 The meeting was held by Home Secretary Ajay Bhalla through video conference and was attended by chief secretaries and police chiefs of the two states apart from union Health Secretary Rajesh Bhushan and others. In view of rising Covid cases in Kerala and Maharashtra, the Centre has asked the states to increase testing and vaccination and impose night curfew in regions that are badly affected. It has also assured the states they would be provided more vaccines if required.

The meeting was held by Home Secretary Ajay Bhalla through video conference and was attended by chief secretaries and police chiefs of the two states apart from Union Health Secretary Rajesh Bhushan and others.

Sources said the meeting was held to review the steps taken by the two states to check the spread of Covid-19.

“Union Home Secretary… observed that more efforts would be required to arrest the increase in infections. This would require adequate intervention in geographical areas having higher infection, through measures such as contact tracing, vaccination drives and Covid appropriate behaviour. He also suggested that the state governments should explore the possibility of placing night curfew in areas of high positivity,” a statement from the Ministry of Home Affairs (MHA) said.

Of the over 3.33 lakh active cases of Covid in the country, Kerala (1.7 lakh) and Maharashtra (50,000) have the lion’s share. The two states have also reported maximum cases in the last 24 hours.

According to MHA, the state governments were advised that they should continue with their vaccination programmes and in case they required more vaccines, the same would be provided to the extent possible.

“However, efforts must be made to consume the vaccine doses received. It was also emphasised that along with vaccination, Covid-appropriate behaviour must also continue to be encouraged and events with potential of having mass gatherings during the coming festive season must be avoided,” the statement said.

According to MHA, states were advised that testing have to be ramped up in areas where positivity rates are being found to be on the higher side. “Focus should also be placed over the next few months to suppress the levels of transmission of the virus so that the chain of transmission can be controlled more effectively,” the statement said.