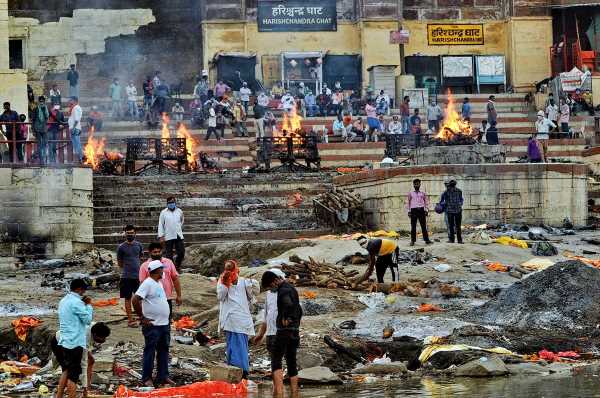 ‘If deaths had been properly reported, it would have helped contain the pandemic.’
Rashme Sehgal reports.

The Indian government’s refusal to accept the Whorld Health Organisation’s estimate that India suffered four million Covid deaths is one more example of our health ministry having walked into a needless controversy with their eyes firmly shut.

It is common knowledge that there was a huge mismatch between official data and the numbers thrown up after the checking off death statistics in the offices of the Civil Registration System and those gathered from crematoria and burial grounds.

These figures showed a huge variation as compared to the Covid death statistics being provided by our health ministry which put the death estimate at less than 500,000 which is eight times less than WHO’s estimation.

But when some intrepid activists and journalists provided numbers to show that during this period, five crematoria in Patna and one each in Bhagalpur and Muzzafarpur had recorded 3,940 Covid deaths, the Bihar health department added 3,951 more deaths to its records.

Of course even this was a gross underestimate because it did not include deaths that occurred in other cities, villages and the rural hinterland.

Such a dichotomy can be found across all states. Maharashtra accounted for a quarter of India’s Covid deaths.

The death rate in Maharashtra was calculated at 106,367 since the outbreak of the pandemic, but despite their better reporting facilities, the Maharashtra health department was forced to revise its official figure by adding more than 10,693 deaths.

The Delhi government revised its figures between April 18 and May 11 upwards of 1,500 deaths.

In Madhya Pradesh, the Hindi newspaper Dainik Bhaskar highlighted that the actual number of deaths was three times higher than what had been reported by the state.

Similarly in Gujarat, the Gujarati daily newspaper Divya Bhaskar found that the Gujarat government had issued 123,871 death certificates in 71 days between March 1 and May 10, 2021 which was more than double the number issued for the corresponding period in 2020, thereby lending itself to the conclusion that 65,781 excess deaths were caused by Covid.

Of course, not all state governments were willing to revise their figures with Uttar Pradesh and Assam leading the list of states that did not revise the numbers of Covid casualties. 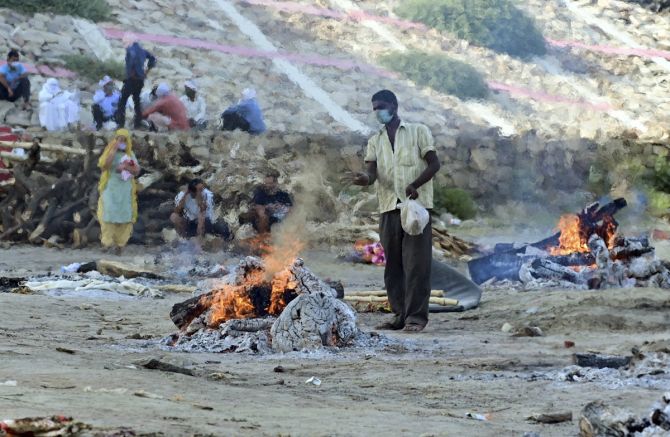 But by and large state governments were willing to admit to their error.

What prevents the central government from doing the same?

Dr Murad Banaji, a London-based mathematician who has been tracking the COVID-19 situation in India, points out that the WHO estimate of four million excess deaths has been corroborated by six separate studies which estimate India’s COVID-19 death mortality in a range between three and five million going on to advise WHO to be extremely cautious at taking India’s Covid death figures at face value.

The first of these studies was published in Science in January this year.

It estimated that the number of people who died exceeded three million which is six times higher than the numbers reported officially.

The Lancet study published earlier this month recently emphasises that over 4.07 million people had died during the pandemic.

India counted for more than a quarter of the global deaths and suffered more deaths than the US, Russia, Mexico and Brazil put together.

The Lancet study claimed the pandemic had claimed the lives of around 18.2 million people across 191 countries as against the official figure of 5.94 million officially recorded deaths.

This analysis was conducted by a team of experts at the Institute for Health Metrics and Evaluation, a US-based research organisation who have been issuing various epidemiological forecasts since the pandemic began. 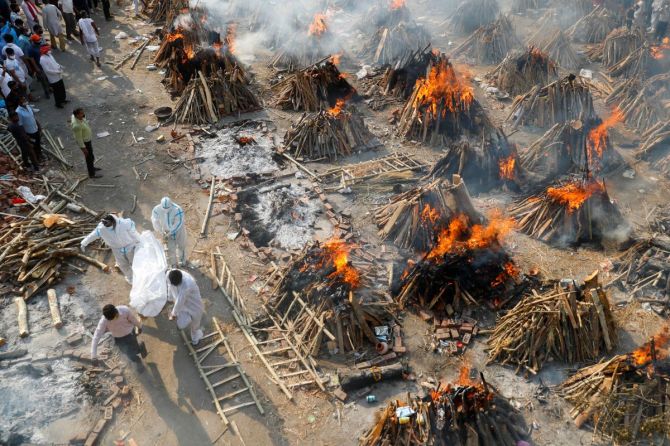 The WHO study has only reinforced these findings as have other epidemiologists who have studied the impact of COVID-19.

The majority have either agreed with the WHO report or else arrived at an even larger death tally.

But the fact that India had suffered a higher mortality than any other country was not music to the Indian government’s ears since it had claimed that India emerged from the pandemic with one of the lowest death rates.

WHO researchers found that excess deaths were estimated to be in the range of 3.4 million to 4.7 million — about 10 times higher than India’s official COVID-19 death toll.

Not all these deaths were caused by COVID-19 and an estimation of the actual death toll by the disease would be difficult to give, pointed out Arvind Subramanian, India’s former chief economic adviser and one of the authors of the study.

The researchers — including Justin Sandefur of the Center for Global Development and Abhishek Anand of Harvard University — believed that the first wave appeared to have been more lethal than what was popularly believed.

The reason why mortality appeared to be moderate was because it was ‘spread out in time and space’.

The fact that it was spread out could not take away from the fact that the actual number of deaths were ‘likely to be far greater than the official count.’

WHO researchers also stressed that for the India analysis, they did not use the global predictive covariate model, but an indigenous one developed for India ‘and so the estimates of excess mortality were based on data from India only.’

Supporting the WHO findings, Dr Prabhat Jha, director of the Centre for Global Health Research at St Michael’s Hospital in Toronto, went public to say that his study that had been published in Science this January had estimated India’s Covid deaths by September 2021 to be ‘six to seven times higher than reported officially’.

Responding to the Indian government’s criticism of the WHO methodology, members of its team pointed out that their numbers for excess mortality in India were based on data from within the country — and not on some global formula.

A statement issued by the WHO team read: ‘For India, we used a variety of sources for registered number of deaths at the state and Union territory-level. The information was either reported directly by the states through official reports and automatic vital registration, or by journalists who obtained death registration information through Right To Information requests.’

One of the key concerns raised by India’s ministry of health was regarding the covariates used by the WHO team.

‘Of the covariates used for analysis, a binary measure for income has been used instead of a more realistic graded variable. Using a binary variable for such an important measure may lend itself to amplifying the magnitude of the variable. WHO has conveyed that a combination of these variables was found to be most accurate for predicting excess mortality for a sample of 90 countries and 18 months,’ the health ministry said recently.

The ministry also wanted WHO to make public its detailed study to show how it had arrived at this figure.

WHO researchers pointed out that its full report concerning excess deaths would be released in the ‘near future, thereby helping to give further light to the methodologies employed by them’.

Since providing a detailed and precise picture of mortality figures is a difficult task given the size of India’s population, experts have been repeatedly asking the health ministry to set up a precise methodology whereby all number of deaths and their causes are registered by a central agency. 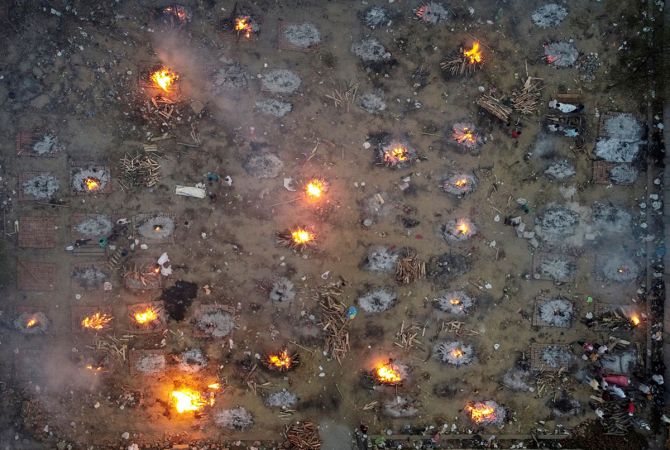 Virologist Dr Shahid Jameel, presently at Oxford University, believes that “Even at the best of times hospitals do not record death records well”, but during the present pandemic, there seems to be “a wilful neglect on the part of state governments.”

“If deaths had been properly reported, it would have helped contain the pandemic. If there was plenty of oxygen in one place, it could have been transferred to another area facing a shortage,” points out Dr Jameel.

“The entire allocation could have been dynamically handled. Instead, there was an active suppression of information. Those doctors which went public to state they did not have enough oxygen were slapped with FIRs,” Dr Jameel adds.

The Indian government’s criticism of the WHO findings appears to be an attempt to shoot the messenger rather than take key corrective measures that would help the administration tackle the pandemic better in the future.