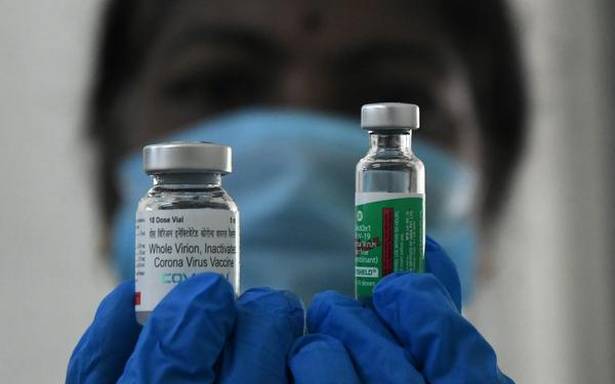 In a second letter to govt, they say pandemic has ‘assumed unprecedented dimensions of a human catastrophe’

In a joint letter to Prime Minister Narendra Modi, 12 Opposition parties have urged the government to immediately begin a free, universal mass vaccination campaign across the country as the COVID-19 pandemic has “assumed unprecedented dimensions of a human catastrophe.”

This is the second joint letter by the opposition parties in less than ten-days to the government. In an earlier letter on May 3rd, the parties had asked the government to ensure uninterrupted supply of medical oxygen and free vaccinations.

The parties complained that all their previous attempts to draw the government’s attention, both independently and jointly, had come to naught.

“Without going into all the acts of commission and omission by the Central government that have brought the country to such a tragic pass, we are of the firm opinion that the following measures must be undertaken on a war footing by your government,” they said.

The budgetary allocation of ₹35,000 crore for vaccines should be immediately spent, the parties said. As of now, only close to ₹5,000 crore had been spent.

The parties demanded that the construction of the Central Vista project should be stopped forthright and instead the money used to procure oxygen and vaccines.

They reiterated the demand of giving a basic sustenance allowance of ₹ 6000 a month to the vulnerable families who have lost their jobs during the pandemic. First raised by the CPI(M), this demand has been raised by the Opposition parties since last year when the pandemic first hit.

They demanded that free foodgrains should be distributed to the needy, with nearly one crore tonnes of grains present in the Central godowns.

Lastly, they reiterated the demand of repealing the farm laws.

“Though it has not been the practice of your office or government, we would appreciate a response to our suggestions in the interests of India and our people,” the letter stated.