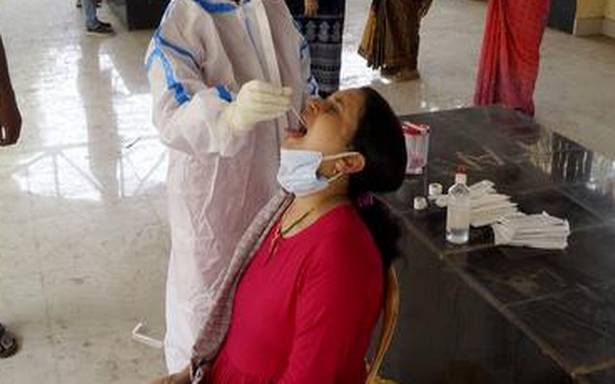 According to the Bhubaneswar Municipal Corporation, the move was taken in the larger public interest and with a view to contain the further spread of the virus.

The Bhubaneswar Municipal Corporation (BMC) on Thursday sealed the judicial complex for seven days following the detection of a number of COVID-19 positive cases.

According to the BMC, the move was taken in the larger public interest and with a view to contain the further spread of the virus. The complex will remain closed for seven days from April 29 to March 5.

“Persons who tested positive are directed to remain in isolation at their respective residences. Further, if any person needs medical attention, the judicial complex authorities are to intimate the same to BMC immediately,” the order says.

The judicial complex authorities have been asked to intimate the BMC in case symptoms are observed in staff, other than those already detected positive.

Bhubaneswar city has been recording a sharp rise in positive cases for a few weeks. On Wednesday, as many as 1,044 persons were found infected in the city which recorded 773 positive cases on Tuesday and 703 on Monday. Bhubaneswar is the worst-affected region of Odisha.

Of late, the corporation has started shutting down markets where COVID-19 protocols were openly flouted. The busy Unit-2 market has been closed for 48 hours.

Control rooms are operating in the BMC and Capital Hospital for shifting needy patients in coordination with hospitals and ambulances. As many as 44 ambulances have been deployed at different locations.