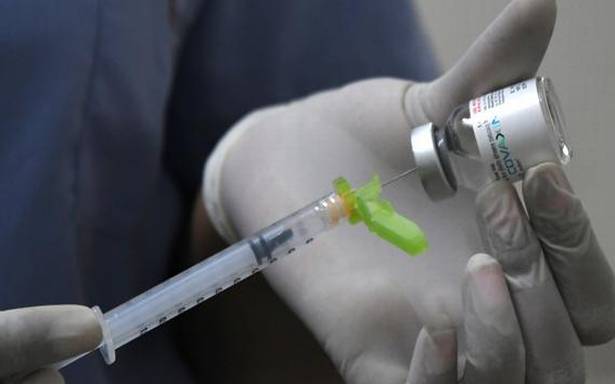 Limited availability of smartphones and Internet posed a hindrance to inoculate 294 persons out a population of 310.

Renganar, a remote village in Chhattisgarh’s tribal-dominated Dantewada district, has become the first village in the State where all eligible people have been administered the first dose of COVID-19 vaccine, officials said on Wednesday.

“The village has set an example in the fight against the pandemic. It became possible due to constant efforts of healthcare personnel and awareness teams,” a public relations department official said in Raipur.

Renganar, located around 420 km away from the State capital, has a population of 310 adults and of them, all 294 eligible persons, in all categories, have been inoculated with the first jab, he said.

Unlike in urban areas, 100% vaccination was not easy due to the limited availability of smartphones and Internet in remote areas that helps in the registration process. But the enthusiasm of villagers and healthcare workers bore fruit, he said.

Local health workers and awareness teams played an instrumental role in making the villagers aware about the vaccines. They convinced them that vaccine is one of the most effective ways to avoid coronavirus infection, he said.

Initially, several vaccination sessions were organised by the Dantewada district administration in Kuankonda for the villagers of Renganar and others, but due to misconceptions and lack of awareness, only a few people showed interest in getting vaccinated, he said.

Sarpanch (village head) of Renganar, Sanmati Telami said awareness teams went door-to-door in the village like a mission and persuaded people to get vaccinated by explaining its benefits.

Earlier, people were apprehensive about the vaccine, but the counseling helped to make them agree for it, said Santram, a member of the local awareness team.

“Out of 310 adult population in the village, all 294 persons eligible for vaccination have received the first dose of vaccine. Divyangjan (differently abled) also participated enthusiastically in this campaign”, he added.

Coronavirus awareness teams have been constituted in every panchayat in Dantewada, which constantly monitors the testing and vaccination activities, the official said.

Over 72.94 lakh vaccine doses have been administered to people in all categories in Chhattisgarh till June 14.