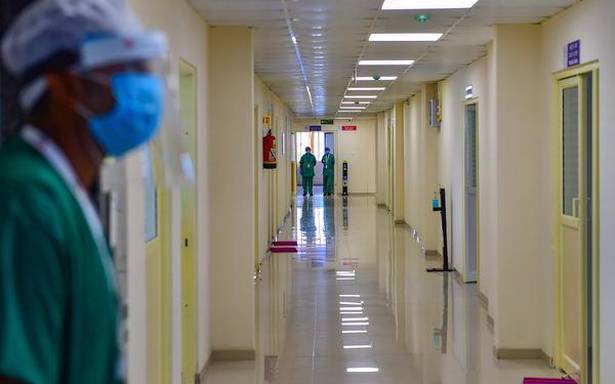 Over the past one month, Karnataka has recorded a nearly three-fold rise in the number of critical COVID-19 patients being monitored in Intensive Care Units (ICUs) at various hospitals. From 118 on March 1, the number has shot up to 327 on Saturday.

Of these, 157 are in Bengaluru Urban alone, followed by 32 in Kalaburagi and 24 in Mysuru. However, 10 districts still have zero ICU admissions.

Although hospitals say there is no ICU bed shortage as of now, experts say it is important to watch out so that the situation seen in September-October last year, when ICU admissions rose to over 900, does not recur. That situation was mainly because many patients who were in home isolation turned up at hospitals after they developed serious complications.

Since mid-November, there was a significant decline in the number of ICU patients. In the last week of November, critical cases fell to under 300, and subsequently dropped to as low as 118 on March 1. Now, in a month’s time, cases have again shot up to 327. Doctors said the rise in ICU cases is proportionate to the increasing number of overall positive cases.

Anoop Amarnath, member of the CCSU and head of the Department of Geriatric Medicine at Manipal Hospitals, said it was worrying that nearly 30% of the ICU cases were those who had got their first dose of vaccination. “This is mainly because people develop a sense of security and feel they are protected as they have been vaccinated. But it is very important people do not let their guard down even after taking the jab,” the doctor said.

The first choice for most patients is home isolation on the pretext that they are asymptomatic. “However, it is not just symptoms but vital markers such as D-dimer, Ferritin, LDH, IL6, and high-resolution chest CT that will help in assessing disease severity. Doctors can decide if a patient needs hospitalisation based on these markers,” Dr. Amarnath said.

Haleema Yezdani, a general physician who has been regularly tele-triaging and tele-treating COVID-19 patients through the Emergency Response Team and Project StepOne groups that offer free service to people in getting beds and treatment, said numerous mutations were going undiagnosed as people were going for home isolation instead of hospitalisation.

“People are landing up in hospitals only after they develop complications. I recently had a 50-year-old female patient who was on oxygen and still reluctant to get hospitalised. We are back to the same stage that we faced during September-October,” she said.