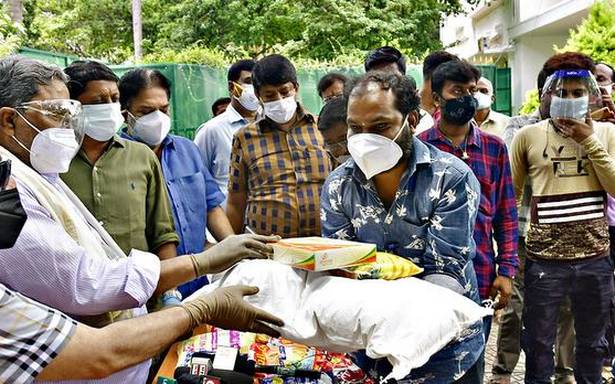 KPCC president D.K. Shivakumar on Monday appealed to people to notify him if hospitals are found overcharging for COVID-19 related treatment and not adhering to the Supreme Court guidelines that have capped costs. Meanwhile, Leader of the Opposition Siddaramaiah sought a White Paper on the availability of vaccines, oxygen, ventilators, and other medical facilities.

“It is unfortunate that people battling COVID-19 also have to bear the brunt of exorbitant bills from hospitals, which brazenly violate the rules laid down by the Supreme Court,” he said. In a tweet, the KPCC chief urged people to tag him on Twitter and Facebook so that it can be followed up for action.

Accusing the State government of patronising large rackets by hospitals and service providers who are overcharging, Mr. Shivakumar said it was sheer profiteering at a time when humanity is battling a pandemic. He said the BJP government is complacent and has turned a blind eye towards the misery of people, and the Chief Minister continues to be not bothered about the hospitals charging exorbitantly for beds, oxygen, testing, and ambulance facilities.

He said the government was blocking information due to fear of truth emerging. “Till 2009, nothing prevented the Opposition leader from collecting information. The direction to prevent it came during the term of B.S. Yediyurappa. I will move privilege motion during the next Assembly session,” he said.