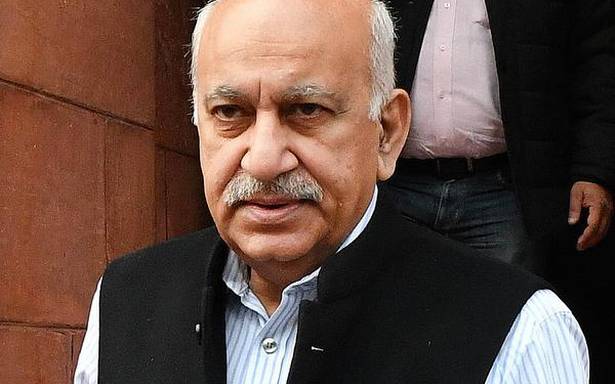 A Delhi court on Monday said it will pronounce its judgment in former Union Minister M.J. Akbar’s criminal defamation complaint against journalist Priya Ramani for her tweets accusing him of sexual harassment on February 10.

The criminal defamation case filed Mr. Akbar in October 2018 against Ms. Ramani has been closely watched for it implications from the legal point of view and to the #MeToo movement. Mr. Akbar has claimed that Ms. Ramani’s tweet and her article accusing him of sexual harassment were defamatory, and lowered his reputation. He has also said Ms. Ramani didn’t produce any evidence to prove her story.

However, Ms. Ramani said her tweet and subsequent article on Vogue magazine alleging Mr. Akbar of sexual harassment during his previous role as newspaper editor was made in “good faith” and for public good. Senior advocate Rebecca John, appearing for Ms. Ramani, had earlier argued that, “the court will have to come to a conclusion that although an imputation was made, no case for defamation is made out”.