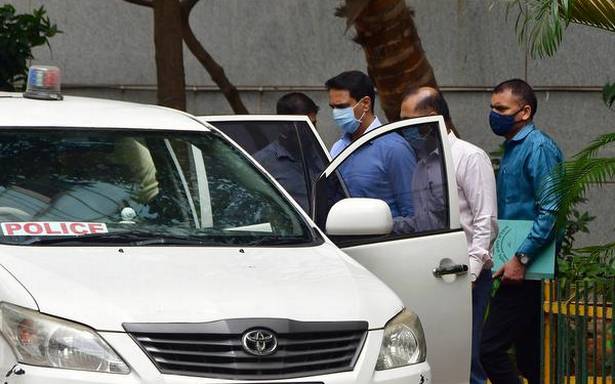 Mane is the third serving police officer of the Mumbai police to be arrested in the case.

Mane is in the custody in connection with the Antilia bomb scare case and the probe into the death of Thane-based businessman Mansukh Hiran.

Shetty said that the NIA had recorded the statements of accused persons as well as witnesses confirming that at the time of Hiran’s killing, Mane had taken the businessman’s phone, switched it off, and kept it in a bag.

Mane and another police officer Sachin Vaze, who has been arrested and later suspended in connection with the case, had used an alias to call Hiran to Thane, the NIA told the court.

Mane and Vaze later took Hiran’s phone to Vasai and switched it on to make it seem as if Hiran was in Vasai, Shetty told the court while seeking that Mane’s custody be extended for further investigation.

Mane’s counsel Aditya Gore, however, opposed the extension of his remand.

Gore had earlier told the court that Mane had been cooperating with the probe and there was no need for extension of his custody.

Mane’s defence team also told the court that while the NIA was relying upon statements made by Mane and others while in custody, such statements could not be considered as admissible evidence.

The NIA had earlier claimed before the special court that Mane was probably present at the spot where Hiran was allegedly killed.

Mane is the third serving police officer of the Mumbai police to be arrested in the case.

Besides him, Vaze and his colleague Riyaz Kazi were arrested in the case.

Last week, the special court had extended the judicial custody of Vaze and Kazi till May 5.

The NIA is probing the role played by Vaze and others in an incident from February this year when an explosives laden vehicle was left parked near Antilia, the multi-storey residence of industrialist Mukesh Ambani.

The owner of the vehicle, Mansukh Hiran, was found dead a few days later.