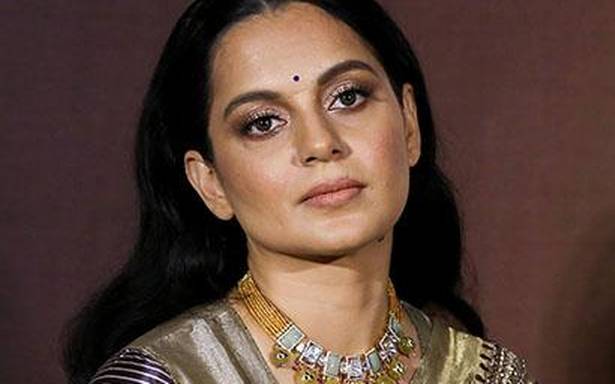 Akhtar had filed the complaint in the magistrate’s court in last November claiming the actor had made defamatory statements against him in a television interview, which allegedly damaged his reputation

A sessions court here on Monday dismissed an application filed by Bollywood actor Kangana Ranaut challenging the proceedings initiated against her by a magistrate’s court in connection with a defamation complaint lodged by veteran lyricist Javed Akhtar.

Ranaut (34) had sought the sessions court to quash the legal proceedings and summons issued by the magistrate’s court in suburban Andheri in the defamation complaint lodged against her by Akhtar.

Akhtar (76) had filed the complaint in the magistrate’s court in last November claiming the actor had made defamatory statements against him in a television interview, which allegedly damaged his reputation.

The sessions court in Dindoshi in Mumbai had on April 3 reserved its order on the application filed by Ranaut.

In her application, Ranaut had challenged the issuance of the process and the legality and validity of the February 1, 2021 order passed by the magistrate and the subsequent action of issuing a bailable warrant against her for failing to appear before the court.

Ranaut’s advocate Rizwan Siddiquee had argued in the sessions court that as per provisions of section 200 of the Code of Criminal Procedure (CrPC), a magistrate has to first examine and record the statements of the complainant and the witnesses before issuance of notice or proceedings in criminal complaints.

Mr Siddiquee claimed that since the magistrate’s court had not recorded the statements of the witnesses, it had vitiated the procedure.

Ranaut in her plea had sought the sessions court to suspend and quash the proceedings initiated against her.

Advocate Jay Bharadwaj, appearing for Akhtar, had opposed the application and submitted that the order passed by the magistrate did not warrant interference.

On March 1, magistrate RR Khan had issued a bailable warrant against Ranaut after she failed to appear before the court as per earlier directions.

Ranaut later sought cancellation of the warrant before the magistrate.

In his complaint, Akhtar claimed that Ranaut had made defamatory comments against him in an interview by dragging his name while referring to a "coterie" existing in Bollywood, following the death of actor Sushant Singh Rajput in June last year.

The magistrate had directed the Mumbai police to carry out a preliminary probe into the complaint.

In February, the police submitted a report to the court saying an offence of defamation was made out against Ranaut.