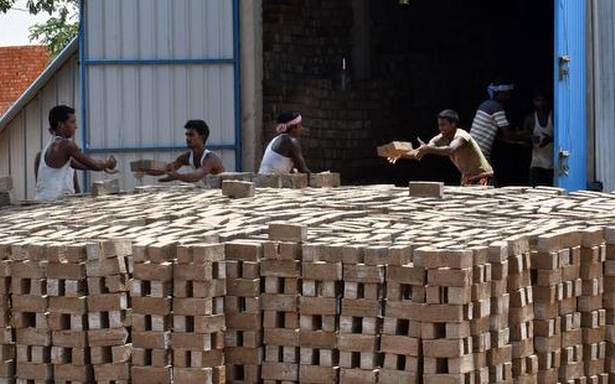 The Goods and Services Tax (GST) Council is likely to consider a ministerial group’s report on introducing a differentiated regime for sectors where tax avoidance is very high, such as brick kilns, sand mining and, gutkha and pan masala production, even as experts have urged caution about such carve-outs.

The Council, which will meet physically, for the first time since the pandemic’s onset, on September 17 in Lucknow, had earlier constituted a Group of Ministers (GoM) to consider demands of some States to tax these products based on production capacity rather than output and introduce Special Composition schemes. Tax evasion is high in these sectors — for instance, ₹830 crore of evasion was detected at a single pan masala unit earlier this year. The 7-member GoM, convened by Odisha Finance Minister Niranjan Pujari, is tasked with examining the feasibility of a capacity-based tax regime and other alternatives to plug tax leakages. “The biggest risk of extending a capacity-based or composition scheme to such sectors is twofold — it goes against the very edifice of GST as one of the objectives was to ensure buoyancy in revenues with increase in sales volumes,” Atul Gupta, senior director at Deloitte India, said, adding it could open the floodgates for such demands from other sectors, like textiles.

“It will not be easy to implement… and it may not even yield the desired result of curbing evasion, the main reason for which is extremely high tax rates,” said Rajat Bose, partner, Shardul Amarchand Mangaldas & Co.

Such a levy “ gives the wrong signal to an honest taxpayer by conceding that Revenue authorities are not competent to check evasion and… puts a premium on tax evasion,” Mr. Gupta said.