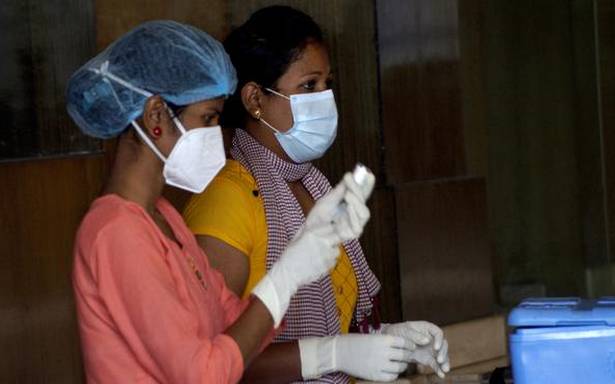 Ready for registration among vulnerable in general population

Awaiting the green signal from the Central government, private hospitals across India claim that they are all set to join hands to provide COVID vaccination for the vulnerable population — those over 50 years and people with co-morbidities — and later the general population.

Highlighting that vaccine registration hasn’t opened for this section of the population yet, the hospital authorities say, “We have a plan in place but await directives from the government. And as far as the use of certain vaccines (India has approved emergency use of two vaccines), it totally depends on sanctions from the government,” said a statement issued by the Max Hospital.

Apollo Hospital, which has also launched a COVID vaccine tracker, said the objective of this is to “host a dedicated platform wherein users will be able to voluntarily register themselves and keep abreast with the latest update around vaccine development. The data collected from individuals is kept in a highly secured environment with safety protocols.”

It added that while awareness and preparedness will act as two key factors in the fight against COVID-19, “it is imperative that we leverage the power of technology in every step of the way. Technology will yet again play a large role in ensuring that all citizens have access to the vaccine and how it will be administered and prioritized,” the Apollo authorities told The Hindu.

Hospitals noted that they have now started providing the second dose of the vaccine for health care workers. Manipal Hospital said its registration portal is closed for now for other sections of the population.

Meanwhile, India registered 84 COVID fatalities in the past 24 hours with six States accounting for 79.76% of these — Maharashtra reported the maximum casualties with 30 new fatalities followed by Kerala with 19 daily deaths, noted a release issued by the Health Ministry on Monday.

“India has been recording less than 150 daily deaths continuously for the last 10 days and 17 States/UTs including — Arunachal Pradesh, Tripura, Mizoram, Nagaland, Lakshadweep, Ladakh (UT), Sikkim, Rajasthan, Meghalaya, Madhya Pradesh, Puducherry, Andhra Pradesh, Odisha and Assam — have not reported any deaths in the last 24 hours,” said the Ministry in its release. India has 11,831 new confirmed COVID cases in the last 24 hours with 11,904 new recoveries registered in the same period.