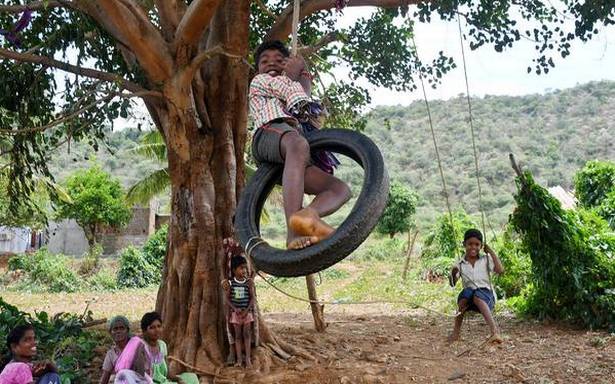 Residents of two tribal settlements within the limits of the Anamalai Tiger Reserve (ATR), around 100 km off Coimbatore city, were gearing up for the annual festival of their local deity, Vairapattan, on Thursday.

The Kattupatti and Kuzhipatti settlements of Pulayar community, both together having 150 families, have barely heard of the acronym COVID-19. But residents are aware that people living outside the forests, especially in cities, have been affected by a disease called ‘corona’.

Though the tribal families live a secluded life, the fear of the pandemic has gripped them, too.

“Very few people from our settlements go to the towns and that too only for emergency needs. After coming to know about the new disease due to which people are wearing masks, we have reduced such visits,” says S. Selvi, 37, a mother of three from the Kattupatti settlement.

She said it was a 7 km walk through the jungle to reach Upper Aliyar, from where they took buses to Attakatti. To reach the Primary Health Centre (PHC) at Erisinampatti, coming under Udumalpet block of Tiruppur district, they had to travel about 34 km.

Nurses from the PHC made monthly visits to the settlement for the care of pregnant women and newborns.

“We were told that the PHC would enroll us for a new thaduppoosi (vaccine). But we do not know much about it,” added another resident.

Very few people from these settlements have had school education like Ms. Selvi’s second son Murali, who completed his SSLC and an ITI course by staying in a tribal hostel. Some people have mobile phones, which they charge using solar-powered batteries, and a few of them who use smartphones are only comfortable with basic apps like WhatsApp.

“First of all, residents of remote tribal settlements lack awareness about COVID-19. The Health Department should take efforts to have a dialogue with them to create awareness about the pandemic,” said S. Thanraj from the Ekta Parishad, Tamil Nadu, which recently distributed cotton washable masks to tribal families in the ATR.

According to Mr. Thanraj, there are nearly 35 tribal settlements of various communities in the Coimbatore and Tirupur sides of the ATR, and very few settlements have close proximity to medical facilities like a PHC.

Meanwhile, the Forest Department arranged for the vaccination of 300 men from different tribal communities who work as frontline staff, according to Arockiaraj Xavier, Deputy Field Director of ATR. “Efforts are being made to take similar initiatives in all settlements in the Pollachi Division of the ATR,” he added.

Health Department sources said that though they had observed vaccine hesitancy among some communities, plans were being made to enroll residents of various tribal settlements through village health nurses.