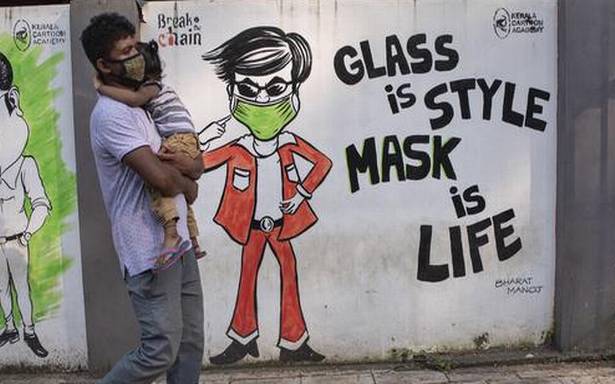 The number of patients being treated in hospitals rose to 19,565, with 3,279 new admissions. In all, 4,50,993 persons were in home or institutional isolation.

Among districts, Ernakulam reported the highest cases at 4,468.

Andhra Pradesh reported 69 deaths, almost double the previous day’s toll of 37, and hit a new case high of 12,634 on Sunday.

Telangana crossed 8,000 cases on a single day. On Saturday, 8,126 people were detected with coronavirus and 38 died, a media bulletin said. The highest of 1,259 cases were in Greater Hyderabad Municipal Corporation, followed by 676 in Medchal-Malkajgiri, 591 in Rangareddy, and 497 in Nizamabad.

Tamil Nadu’s steady rise continued on Sunday, with the State reporting 15,659 cases. The TPR increased from 11.21% on Friday to 12.77% on Sunday. Chennai continued to report the highest number of cases — 4,206.

(With inputs from Vijayawada, Hyderabad, Chennai bureaus and PTI)