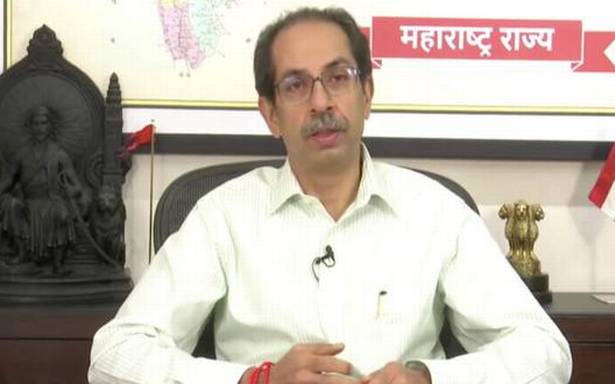 Chief Minister added that the lockdown restrictions have already slowed down various developmental works in the State.

Maharashtra Chief Minister Uddhav Thackeray on Monday warned over the increasing crowd on Mumbai’s road saying failing to control this would result in stricter restrictions in the city.

Speaking at the inauguration of multiple infrastructure works, Mr Thackeray said, “I was really concerned when I saw crowd on the streets of Mumbai today. We have not yet lifted lockdown restrictions in Mumbai and Maharashtra as corona scare is not over yet.”

The Chief Minister added that the lockdown restrictions have already slowed down various developmental works in the city and in the State. “If crowding continues, then ongoing works too will have to be stopped. If crowd continues on roads of Mumbai then we will have to impose strict restrictions in the city,” he said.

Mr Thackeray was presiding over the programs including inauguration of Metro line testing between Dahanukarwadi and Aarey Metro station and stone laying ceremony of underground and elevated road on western express highway (T1 and T2) and book launch of ‘Multiplicities’ and e-inauguration of one-side-arm of Rajnoli Flyover towards Thane and Durgadi flyover, organised by Mumbai Metropolitan Region Development Authority (MMRDA).

Meanwhile, the inauguration of Metro testing line too was mired in controversy after Leader of Opposition in state council Pravin Darekar claimed that he was condemning the state government for not inviting former Chief Minister and Leader of Opposition in state assembly, Devendra Fadnavis, for the program. In a bid to claim credit, Mr Fadnavis tweeted, “Very happy about the trial run of Metro line 2A &7. From sanctioning to finance to speedy work during our tenure made this possible. Now, we hope to see the regular metro running soon on these routes. #MumbaiMetroTrials.”