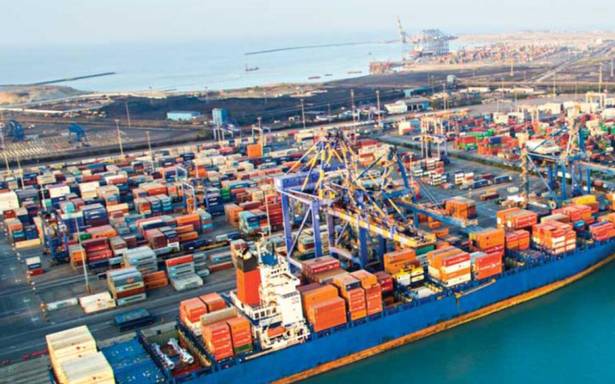 Congress spokesperson Supriya Shrinate said the seizure of around 3,000 kg of heroin worth ₹21,000 crore at Adani Mundra port in Gujarat poses a threat to the country’s national security, and questioned Prime Minister Narendra Modi and Home Minister Amit Shah’s silence on the issue.

Addressing reporters in Bengaluru, she said, “Can an ‘import’ of this magnitude be attempted by anyone without official patronage at a high level? Why are the PM, HM silent? The Centre has not filled the vacancy for a full-time Director-General at the Narcotics Control Bureau for the last 18 months.”

Noting that a huge quantity of drugs was being imported from Afghanistan, which is under the control of Taliban, Ms. Shrinate sought a probe under the supervision of a sitting Supreme Court judge into the matter of national security.

She alleged that about 25,000 kg of heroin worth ₹1,75,000 crore was imported in June and the consignment was already in the market. Import of drugs from Afghanistan poses a serious threat to national security and would push youth towards drug addiction, she said.

Posing 10 questions to the Modi government, she said, “Why has Adani Mundra port not been investigated? Why has this port in Gujarat become the seemingly preferred route to import drugs to India? What is India’s Narcotics Control Bureau, CBI, ED, DRI up to? Is there a rule that restricts them to merely intimidating political opponents?”

“This heroin, fraudulently branded as ‘semi cut talcum powder’, was imported from Afghanistan by Aashi Trading Company whose owners Sudhakar Macchwaram and his wife Govind Raju Vaishali have been arrested. But, one still doesn’t know the real faces behind the drug syndicate because it is impossible for a small-time trader to import drugs of this magnitude,” the spokesperson claimed.