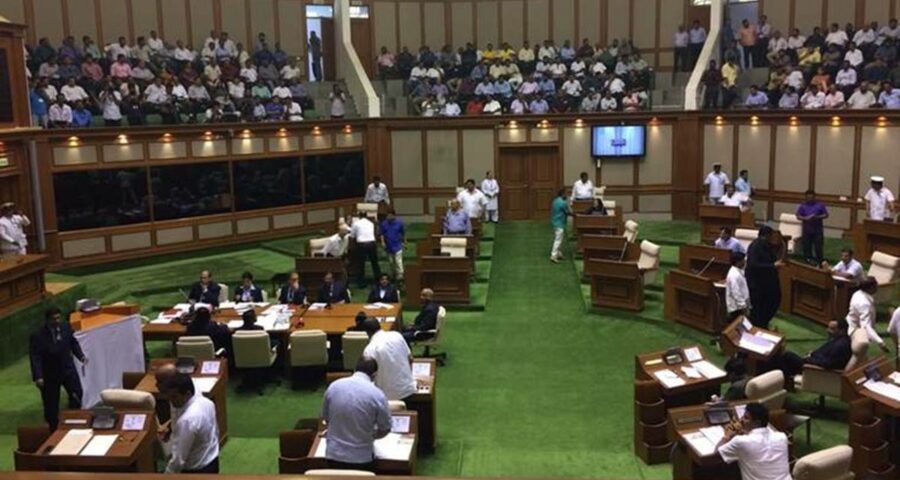 The plea contended that in July 2019, the 10 MLAs, claiming to constitute two-thirds of the Congress party in the state Assembly, “decided to merge the said legislature party with the BJP”. Nudged by the Supreme Court, the Goa Assembly Speaker on Tuesday agreed to pass orders on April 20 on a Congress leader’s petition seeking disqualification of 10 party MLAs who had joined the BJP in July 2019.

A bench of Chief Justice S A Bobde and Justices A S Bopanna and V Ramasubramanian posted the matter for further hearing on April 21 after Solicitor General Tushar Mehta informed the bench that the Speaker had agreed on the date.

Mehta had initially told the court that the Speaker had concluded the proceedings and the matter has been scheduled for April 29 for pronouncement of order. But the court said “there cannot be such a long delay” and reminded that the bench will not be available to hear it after April 24.

April 23 is CJI Bobde’s last day in office as he is set to superannuate.

After taking instructions, the Solicitor General then informed the bench that the Speaker will announce the decision on April 22 and urged the court to post the matter for that day or the next.

But Senior Advocate Kapil Sibal, appearing for the petitioner, opposed this and said he will not be able to argue on the merits of the matter if it does not come at least a week earlier. He pointed out that the Speaker had heard it on merits on February 26 but has not pronounced his order yet.

The bench then asked Mehta if the Speaker can give his decision on April 20. The SG, after taking instructions, said the date is agreeable.

Chodankar contended that in July 2019, the 10 MLAs, claiming to constitute two-thirds of the Congress party in the state Assembly, “decided to merge the said legislature party with the BJP” and communicated their decision to the Speaker.

The Speaker took note of the “alleged merger” and “allotted these 10 MLAs seats in the Assembly along with the members of the BJP”, his plea said. The plea sought directions to restrain them from participating in Assembly proceedings during pendency of the disqualification petition.