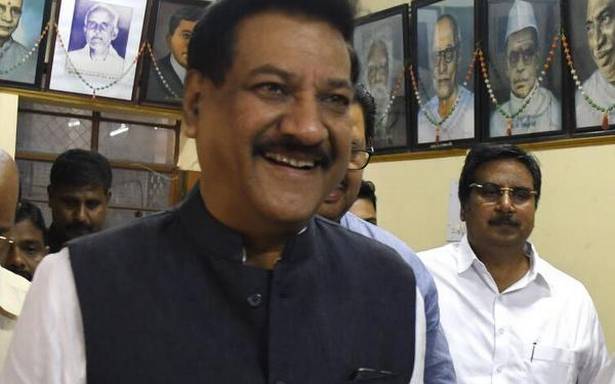 After his week-long visit to Himachal Pradesh following his appointment as co-in-charge for party affairs in the hill State, Congress leader Sanjay Dutt on Friday said the party was all set to dethrone the ruling BJP government in the Assembly poll next year, with a mission to “Save Himachal” from the misrule of the BJP.

Mr. Dutt, who is All India Congress Committee (AICC) secretary, told The Hindu the BJP government in Himachal had failed to fulfil its election promises and not just the people of the State but also many of its own leaders were annoyed and disappointed by the governance.

“The BJP in Himachal Pradesh is facing deep factionalism. The BJP government led by Chief Minister Jai Ram Thakur has failed to deliver on all fronts. There are several disgruntled leaders in the BJP who are in touch with us, who want to switch sides. I can’t name them till talks materialise, but I can assure you that there’s a lot of discontent and factionalism within the BJP,” said Mr. Dutt.

“In the last four years, there has been complete misgovernance in the State. The mishandling of COVID-19 is the latest example of poor governance by the BJP government. Especially, in rural areas, where heath facilities are poor, people are suffering badly. The BJP’s failed governance has taken the State back at least 20 years,” he pointed out.

“People expected development in the State when they voted the BJP to power but instead what people got is rise in unemployment, poor roads, collapsing heath sector and pitiable development of infrastructure across the State. The government failed to do anything concrete for key tourism and allied sectors.

“The people voted the BJP to power in Himachal as they fell for the BJP’s ‘double engine’ story. The BJP during the previous Assembly poll campaign claimed that with its government at the Centre and in the State there will be faster growth, citing a ‘double engine’ quote. People felt that as the BJP was in power at the Centre, so by voting the BJP to power in the State, it would boost development. But, after almost four years in power, the tall claims of the BJP have fallen flat. Himachal Pradesh has been completely neglected by the BJP-led Centre government,” he noted.

Dismissing speculation that there was factionalism in the Congress’s State unit, Mr. Dutt said “As far as the Congress is concerned, every senior leader has assured me that they are united to bring back a Congress government in the State in 2022. Based on the assurance by all leaders, I am positive and optimistic that everyone will put joint efforts to achieve the party’s mission. We have to save Himachal and our party stands united to achieve this objective. We are working towards one mission – ‘Save Himachal’. Suggestions have come up about being more aggressive to raise people-centric issue at the macro and micro level,” he added.

Mr. Dutt said that during his recent visit he had one-to-one interactions with senior party leaders, MLAs, office-bearers and workers of the party and front organisations. To further strengthen the party, he would focus on reaching out to party workers at the block level.

“I will try to reach to every worker at block level in the Assembly segments. When we need to get to the pulse of any Assembly and block segment, then the ideal way is to go there and meet workers and leaders. My priority is to focus on the 2022 Assembly election and upcoming bypolls for Mandi Lok Sabha and the two Assembly segments of Fatehpur in Kangra and Jubbal Kotkhai in Shimla district. Besides, we are soon launching the COVID-19 outreach campaign. Pursuant to ongoing relief work being done, the Congress would be reaching out with a helping hand to frontline health workers and those severely affected by COVID,” he said.