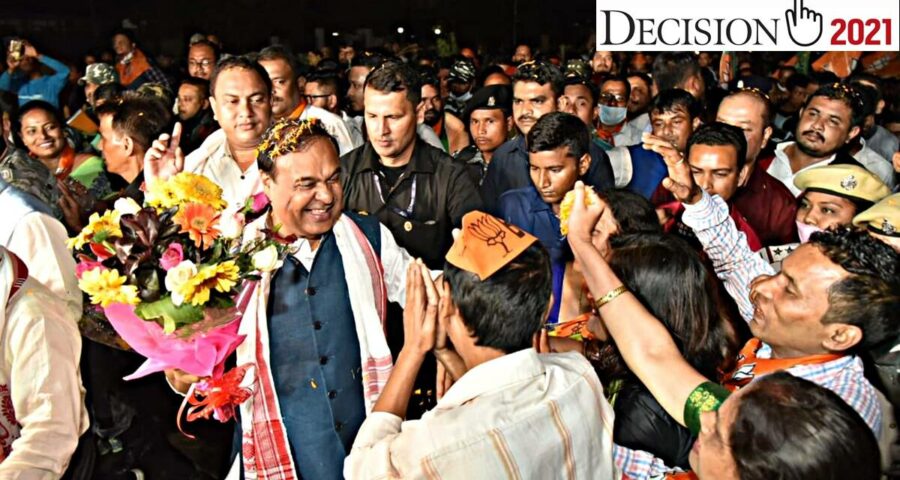 The Congress demanded Sarma, who is contesting from the Jalukbari seat, be disqualified and prohibited him from campaigning during the remaining election period in Assam. The Congress today approached the Election Commission seeking registration of an FIR against senior Assam BJP leader Himanta Biswa Sarma and a ban on his campaigning for the rest of the state elections alleging that he had “openly threatened” Bodoland People’s Front Chairperson Hagrama Mohilary. BPF is an alliance partner of the Congress in Assam.

The Congress alleged that Sarma had threatened Mohilary of sending him to jail.

“While issuing the…threat….Sarma has gone to the extent of saying that they (i.e. the BJP) will ensure that NIA investigates and implicates Mohilary and that he is sent to jail. Further, by the said threats, Sarma has also attempted to influence the voters to not vote for INC alliance, including Mohilary’s party…”

“By the said actions Sarma has sought to cast a malicious and malafide impression on the public at large, that on account of the undue strength of the BJP led Central Government manning the Central agencies, Sarma is in an undue position to control/ misuse the NIA and hence capable of sending Mohilary to jail. This is a clear message to the voters in order to influence them to not vote for INC alliance including the BPF by completely unconstitutional means and propaganda,” the Congress memorandum said.

The Congress demanded Sarma, who is contesting from the Jalukbari seat, be disqualified and prohibited him from campaigning during the remaining election period in Assam.