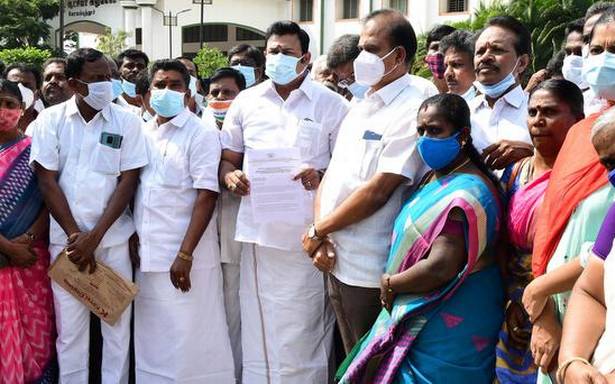 The Congress sees a conspiracy behind the false narrative that Prime Minister Narendra Modi was forced to call of his January 5 Punjab visit, said the Tamil Nadu Congress Committee working president Mayura S. Jayakumar in a petition he submitted to Governor R.N. Ravi through the Coimbatore district administration.

In a copy he shared with journalists at the Coimbatore Collectorate, Mr. Jayakumar said the campaign that the Prime Minister was forced to cancel his event due to security breach was aimed at blaming the Congress government in Punjab, which was going to polls in the next few weeks.

As a former police officer, the Governor would be well aware that it was the special protection group that was responsible for the Prime Minister’s security. Therefore, the SPG’s action on the day raised a plethora of questions.

The Tamil Nadu unit of the Bharatiya Janata Party tried to make an issue out of nothing on this issue by organising road blocks and prayers in temples.

The Coimbatore north district unit president of the party, V.M.C. Manoharan, submitted an identical petition to the Collector but chose to do independent of the group led by Mr. Jayakumar.