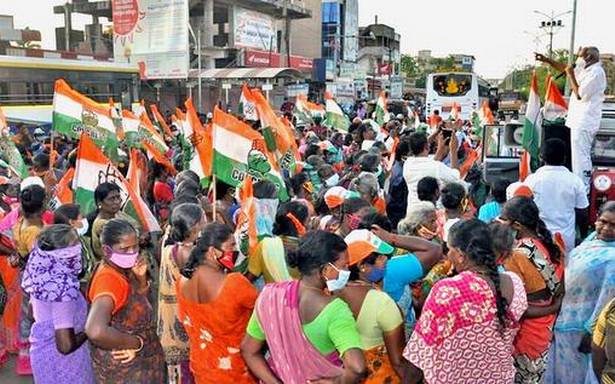 Addressing an election rally at Venkatigiri in SPSR Nellore disrict, the Congress candidate in the byelection for the Tirupati Lok Sabha seat said the Congress party had prepared a detailed road map for the development of the State post bifurcation and included specific assurances like the one to anchor a public sector port at Dugarajapatnam in the State Reorganisation Bill and got Parliament’s approval to it. Both the YSR Congress Party and the Telugu Desam Party backed the BJP’s “anti-people” policies in Parliament, he charged.

The ruling YSR Congress Party, which was given 22 MP seats in the 2019 elections going by its promise to achieve Special Category Status(SCS) to the State, neither articulated the issues concerning the constituencies nor raised in Parliament the injustice meted out to the State by the BJP-led NDA government, he alleged.