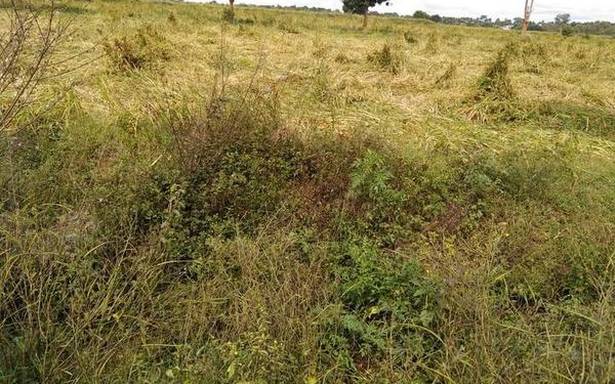 With rain causing extensive damage to ragi crops in Talavadi, former Bhavanisagar MLA P.L. Sundaram has urged the district administration to provide adequate compensation to the farmers so that they recover from the loss.

In a petition submitted to District Collector H. Krishnanunni, Mr. Sundaram said that due to incessant rain in Talavadi taluk, most of the crops cultivated by farmers were damaged. The petition said that most of them were small and marginal farmers who were socially and economically backward. “Crop loss has affected them and they are unable to recover”, the petition said.

The petition said that most of the farmers had cultivated ragi, which is also their main food.

Rain water affected the maize crop that is cultivated widely, the petition said and added that roots of the turmeric crops were also damaged due to water stagnation.