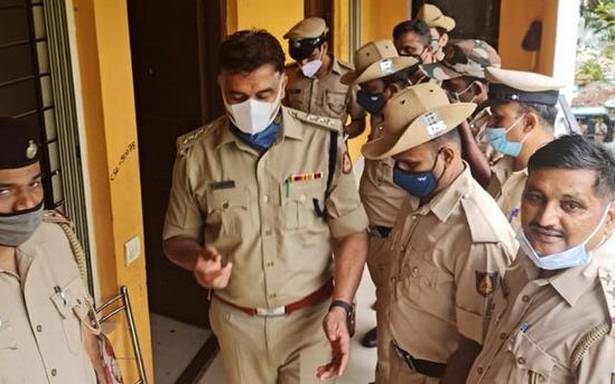 The State government has formed a committee led by the Principal Secretary (Prison, Civil Defence and Auxiliary Services) to track down foreign nationals living illegally in Karnataka and take action to deport them to their respective countries. This comes close on the heels of the Bengaluru police’s campaign against foreigners overstaying their visa.

The committee, with a pan-State mandate, will have a Foreigners Regional Registration Officer and the State intelligence chief as its members, among others. It will submit a monthly report to the Union Ministry of Home Affairs on the action taken, a communique from the State government said.

Meanwhile, the city police are developing a mobile application for tenant verification by landlords in the city. “The exercise is not limited to foreign nationals, but all tenants. But it will also hopefully solve the issue of illegally staying foreign nationals, as landlords will be expected to upload passport and visa details on the app. Most foreign countries and other states like Maharashtra have such systems in place,” said Bengaluru Police Commissioner Kamal Pant.

On Friday, the Hennur police conducted a raid on 50 houses in their limits and detained 30 foreign nationals who were residing there without valid documents. The police had also conducted a similar drive on Thursday, raiding a total of 60 houses across the city based on tip-offs and ended up booking 38 foreign nationals for staying without valid documents. During the raid, cops seized ecstasy pills and cannabis from some of the accused.