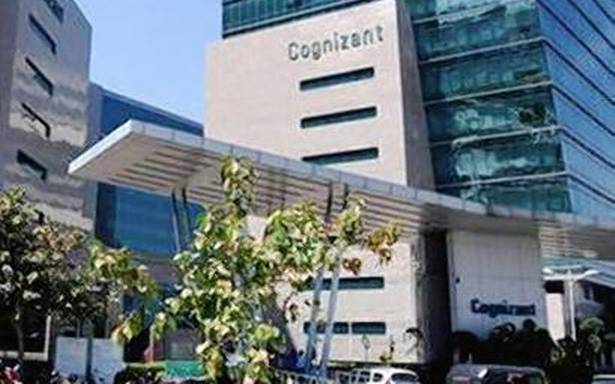 Cognizant has reported 41.8% increase in June quarter net income at $512 million (around ₹3,801.7 crore), and said it expects to hire about one lakh people this year as the IT major looks to arrest high attrition rates in the company.

The US-based company, which posted a net income of $361 million in the June 2020 quarter, has also raised its FY2021 revenue growth guidance to 10.2-11.2 per cent (9-10 per cent in constant currency) on the back of strong booking momentum.

Cognizant’s revenue rose 14.6 per cent (12 per cent in constant currency) at $4.6 billion in the quarter under review, from $4 billion in the year-ago period. This is higher than the company’s guidance of 10.5-11.5 per cent revenue growth for the June 2021 quarter.

Cognizant – which has about 2 lakh employees based in India – follows January-December as financial year.

“Cognizant is bullish on the industry and its prospects within it,” he added.

"Second quarter topline results exceeded our guidance, driven by improved demand for our services and momentum in our digital revenue, and we increased our full-year 2021 revenue growth to 10.2-11.2 per cent," Cognizant Chief Financial Officer Jan Siegmund said.

“To meet the strong client demand for services, Cognizant has continued to scale its recruiting capabilities and invest in its people,” Siegmund added.

During an investor call, Humphries said given the strong demand on its bullish outlook in the industry, the company is committed to "meaningfully scaling" its headcount over the coming quarters.

"However, this macro demand backdrop has also created a demand-supply imbalance in key skills and has meaningfully increased industry attrition…Second quarter voluntary attrition reached 29 per cent on an annualised basis or 18 per cent on a trailing 12-month basis," he said.

Cognizant’s attrition metric captures the entire company including trainees and corporates across both IT services and BPO. The company had more than 3 lakh employees at the end of the June quarter.

"Against this backdrop, we continue to take a series of actions to reduce attrition, including compensation adjustments, job rotations, reskilling and promotions and a host of associated engagement activities…we now expect to hire approximately 100,000 laterals in 2021 and to train close to 100,000 associates," Humphries said.

The top executive noted that the attrition is primarily in the more junior levels of the organisation or mid-levels in India, but it’s also a global phenomenon.

"It’s really one of the hottest markets we’ve seen or our team has seen over the last 10-plus years. So, we’re all dealing with it… annual merit-based increases have been announced here in the last few weeks, they’re effective October 1. That’s on top of a whole host of ad hoc measures we played through in the course of the last year: out-of-cycle increases, promotion, retention dollars," he said.

Humphries added that the company has announced a shift in the last few months to quarterly promotion cycles for billable resources as well as fast-tracked job rotations and reskilling initiatives across the organisation. He noted that bookings growth accelerated to 12 per cent year-over-year in the second quarter, and its book-to-bill ratio is now 1.2 on a trailing 12-month basis.

"Qualified pipeline is significantly up, and our win rates are also up year-to-date, positioning us well for continued bookings momentum. Digital revenue growth accelerated to 20 per cent year-over-year in the quarter," he added.

Since 2019, the company has invested more than $2 billion in mergers and acquisitions to accelerate its digital capabilities.

"These investments have changed the growth profile of Cognizant by shifting our businesses to higher growth categories and reducing our exposure to non-digital categories that have declined in recent years," Humphries said.