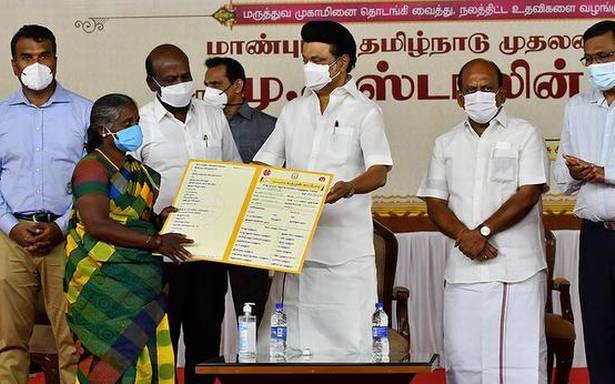 ‘Varum mun kappom‘ was launched by Karunanidhi in 2006

Minister for Health and Family Welfare Ma. Subramanian said the scheme was launched in 2006 by former Chief Minister M. Karunanidhi as ‘Varum mun kappom‘ scheme, and “it was sabotaged” by the previous regime for political reasons.

As soon as Mr. Stalin assumed charge as Chief Minister, he ordered the Health Department to enhance the scheme and add more specialities to it, Mr. Subramanian said. Now, 17 specialities and departments have been included under the scheme, including the Chief Minister’s Comprehensive health scheme and Siddha treatment, he added.

Mr. Subramanian said 12.5 lakh people had benefitted under the ‘Makkalai Thedi Maruthuvam’ scheme until Wednesday, and the ‘Varum mun kappom’ scheme would be linked with it later. Those diagnosed with diseases would be referred to government hospitals and government medical college hospitals, he said.