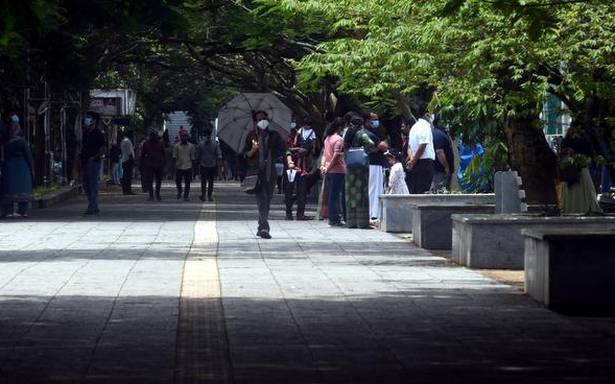 The Marine Drive in Kochi will be extended and developed up to Vaduthala if the State Government has its way.

“The identified project area starts from Marine Drive and Mangalavanam Bird Sanctuary in the southern part to Cheranalloor grama panchayat in the north, including Vaduthala, Pachalam area and the Mulavukad island on the eastern side across the backwaters,” according to a proposal under the consideration of the government.

“The proposed development of the Marine Drive would be in the form of a looped waterfront development along Queensway-Pachalam-Vaduthala-Mulavukkad stretch with a total length of 9.1 km. This would include a bridge as well for circular connectivity,” reads the project proposal.

Chief Minister Pinarayi Vijayan has convened a meeting of the stakeholders of the project in Thiruvananthapuram on Tuesday to discuss the crucial development project, which has been christened as the “urban sustainable land reconstitution project in Kochi”.

The project, according to the documents accessed by The Hindu, aims to rejuvenate the existing commercial and residential hub of Kochi, specifically the Marine Drive and its precincts. The area, which is the existing Central Business District, has been already saturated with high rise apartment complexes and office complexes. This creates a need to look beyond Marine Drive for further planned growth, the project proponents reasoned.

The document speaks about developing the area starting from Pachalam, Vaduthala, and Mulavukad through the model of land reconstitution. Development would be along a buffer of 250 metre from the waterline. The proposed redevelopment will rely on a mix of land acquisition and reconstitution. The area of 250 metre would be developed in well-planned ecologically sensitive mode with a low ecological footprint, says the proposal.

The ecological restoration and conservation of Mangalavanam Bird Sanctuary and its influence area has also been proposed to be taken up as a major component, considering its ecological importance.

The Marine Drive development project was originally taken up by the Cochin Town Planning Trust, the forerunner of the present Greater Cochin Development Authority a few decades ago. The project, which focused on the water-front development, included the land reclaimed from the Vembanad Lake during the 1980s. Noted urban planner Kuldip Singh, who was appointed as the consultant architect for the scheme, prepared a master plan for utilising the area. The first phase of the scheme was approved in 1979. The development of Rajendra Maidan, Children’s Park, extension of Subhash Park, Marine Drive ground, ferry stations and the popular walkway was made possible through the scheme, according to the website of the GCDA.