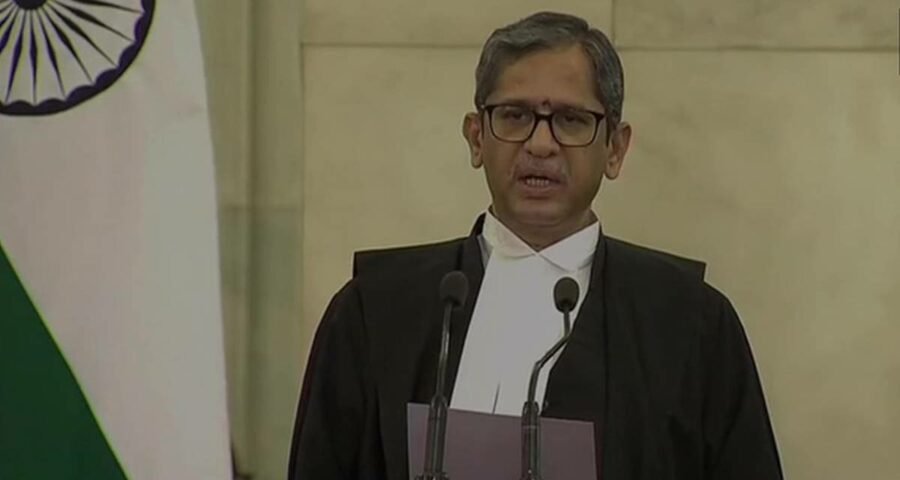 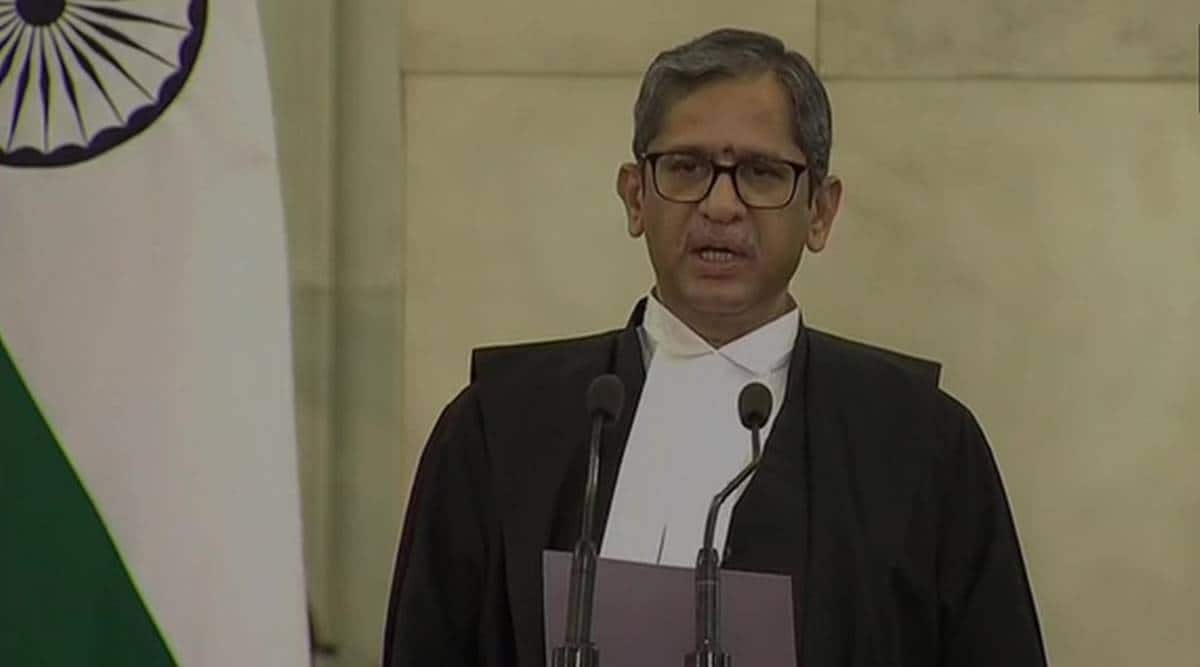 Justice N V Ramana was on Saturday sworn in as 48th Chief Justice of India. President Ram Nath Kovind administered the oath of office to Justice Ramana at a ceremony held in Rashtrapathi Bhavan.

Justice Ramana succeeds former CJI S A Bobde in the top office. He will hold office till August 26, 2022 – for a little over 16 months.

Soon after taking over, CJI Ramana met five senior colleagues in the Supreme Court and reviewed the working of the court in the light of the pandemic. Justices R F Nariman, U U Lalit, A M Khanwilkar, D Y Chandrachud and L Nageswara Rao attended the meeting.

Sources said the meeting took stock of staff availability, among others, as many employees have been on leave either because they are infected with Covid-19 or because some family member is affected.

The judges will meet to review the situation from time to time.

Born into a family of agriculturalists in Ponnavaram village in Krishna district in undivided Andhra Pradesh on August 27, 1957, Justice Ramana enrolled as an advocate on February 10, 1983, after completing legal education and practiced in AP High Court, Central Administrative Tribunal, AP state administrative tribunal and the Supreme Court in civil, criminal, constitutional, labour, service and election matters with specialisation in constitutional, criminal, service and inter-state river laws.

Justice Ramana subsequently served as Chief Justice of Delhi High Court before being appointed as a Supreme Court judge on February 17, 2014.

During his term in the top court, Justice Ramana has been a part of many significant rulings, including on setting up of special courts for fast-tracking criminal cases against MPs and MLAs, bringing the CJI’s office amenable to RTI Act, lifting internet restrictions in J&K, and championing women’s rights.