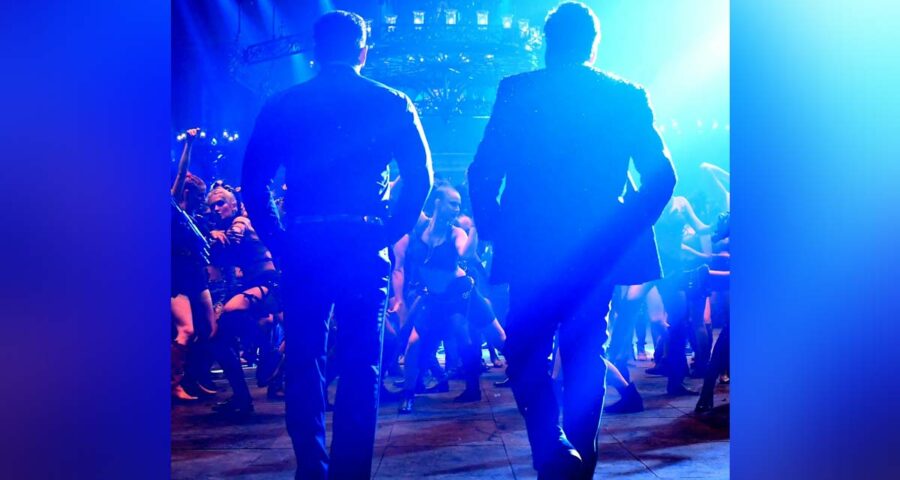 Few days ago, Mohan Raja took to his twitter and shared a pic of him with choreographer-turned-director Prabhu Deva, who is directing a song in Chiranjeevi starrer Godfather. In Mohan Raja’ directorial venture Godfather, a fun dance number, featuring Salman Khan and Chiranjeevi is being shot. India’s renowned choreographer Prabhu Deva has joined forces with Salman-Chiru duo to compose the moves for the superstars.

Yesterday Chiranjeevi also took to his Twitter and shared a pic of him with Salman Khan and wrote, “Shaking a leg with The Bhai  Salman Khan for Godfather  Prabhu Deva is at his Choreographing Best!! A sure shot Eye Feast!!  The pic features Salman Khan and Chirajeevi, with their backs turned towards the camera, as they stand in a similar pose, which is setting the internet on fire.

Godfather, which has Nayanthara as the leading lady, is directed by Mohan Raja. The film is produced by Konidela Production Company and Super Good Films. The movie also has Harish Uthaman, Jayaprakash, Puri Jagannadh, Satyadev, and Vamsi Krishna, among others.

Godfather which is a remake of Malayalam movie Lucifer’ technical crew consists of cinematography by Nirav Shah, while Suresh Selvarajan is the art director. S Thaman is on the board to render the tune.