Addressing a press conference in Delhi, Chirag claimed there was “mass discontent” against the government led by Kumar, who took office in November 2020, due to “rising rate of crime and corruption”. 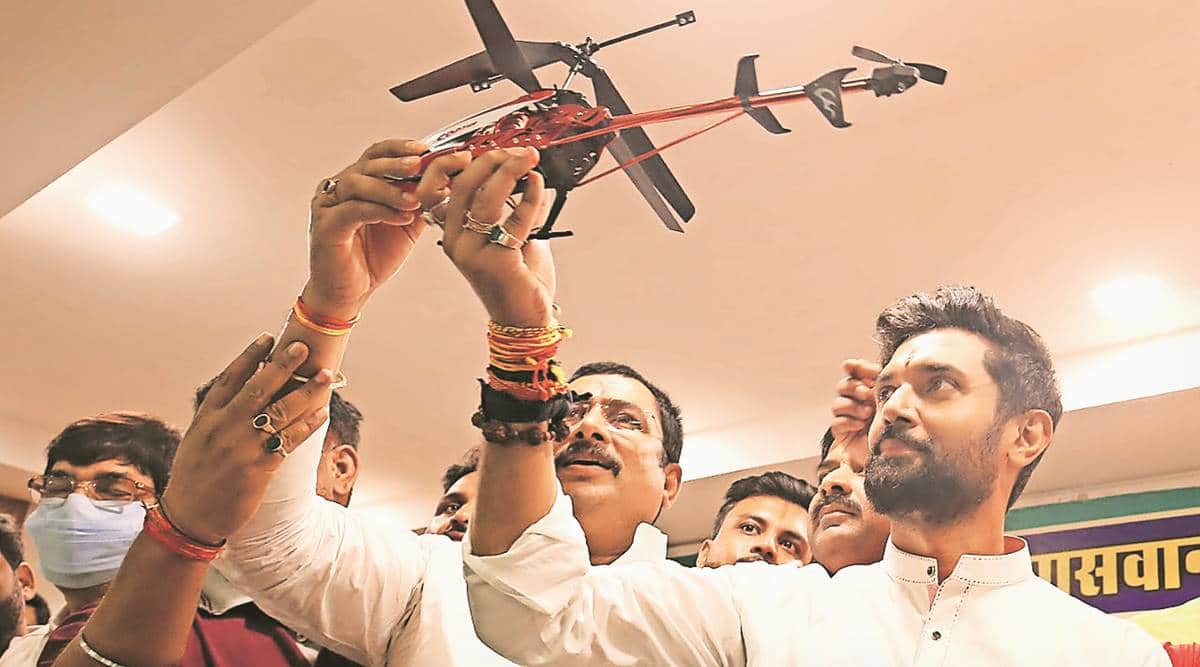 Launching into a tirade against Bihar Chief Minister Nitish Kumar, Lok Janshakti Party (Ram Vilas) chief Chirag Paswan Thursday raised questions on the future of the JD(U)-BJP government in the state, asserting that the coalition will unravel due to disagreements between the coalition partners, forcing mid-term polls.

Addressing a press conference in Delhi, Chirag claimed there was “mass discontent” against the government led by Kumar, who took office in November 2020, due to “rising rate of crime and corruption”. Chirag also accused Kumar of “shielding the corrupt”, referring to the irregularities in the Har Ghar Nal Kal Jal scheme unearthed by The Indian Express.

“Two things are certain, one being the defeat of JD(U) due to the way the government there operates under Nitish Kumar through a small group of acolytes in the administration. Discontent among people is widespread. JD(U) will not even be placed second. They will be relegated to the fourth position,” he said.

Chirag said he was “proud of the fact” that his party is credited with “ensuring that the JD(U) ends up being the third ranked party in Bihar”.

In the 2020 Assembly polls, a united LJP had contested alone, damaging the prospects of JD(U) in at least 25 seats. However, it bagged only one seat.

“Point out one issue where he (Kumar) supports the BJP? On Pegasus he demands a probe, but remains mute on the Srijan scam. On caste census he takes a different stand, on population control policy, CAA-NRC, he has a different stand, and then he says they are together. It becomes difficult for the people to believe such claims. These divisions will cause mid-term polls in Bihar,” he said.

After the 2020 state elections, the LJP had plunged into turmoil over the issue of succession, with both Chirag and his uncle Union Minister Pashupati Kumar Paras claiming the legacy of Ram Vilas Paswan, the party’s founder who died on October 8, 2020. Ahead of the October 30 bypolls in two seats in Bihar, the Election Commission on Tuesday allotted the Chirag-led faction the name Lok Janshakti Party (Ram Vilas) with helicopter as its election symbol, while the Paras-led faction was given the name Rashtriya Lok Janshakti Party (RLJP) and sewing machine as its symbol.

LJP (Ram Vilas) will contest both the seats in the bypolls, which Chirag dubbed as a “semi-final”. “Recently, many revelations have come to light. In the name of Nal Jal scheme, rampant corruption is taking place, pipes don’t last even two days. Everything happens under the nose of the CM and he remains quiet which means the culprits are shielded by him,” Chirag alleged.

Chirag also attacked Paras, accusing him of “betrayal for power” and “siding with a person (Nitish) who always worked against the interests of the LJP”. “He (Nitish) thinks he will ride to power every time through what he terms social engineering. It is all politics of division,” Chirag said.