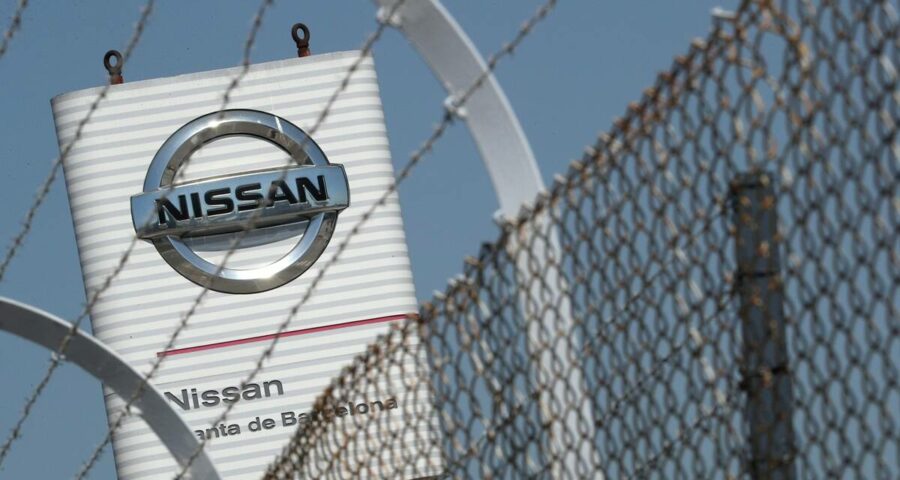 Nissan is leaving navigation systems out of thousands of vehicles that typically would have them because of the shortages. Ram no longer offers its 1500 pickups with a standard “intelligent” rearview mirror that monitors for blind spots. Renault has stopped offering an oversized digital screen behind the steering wheel on its Arkana SUV — also to save on chips. 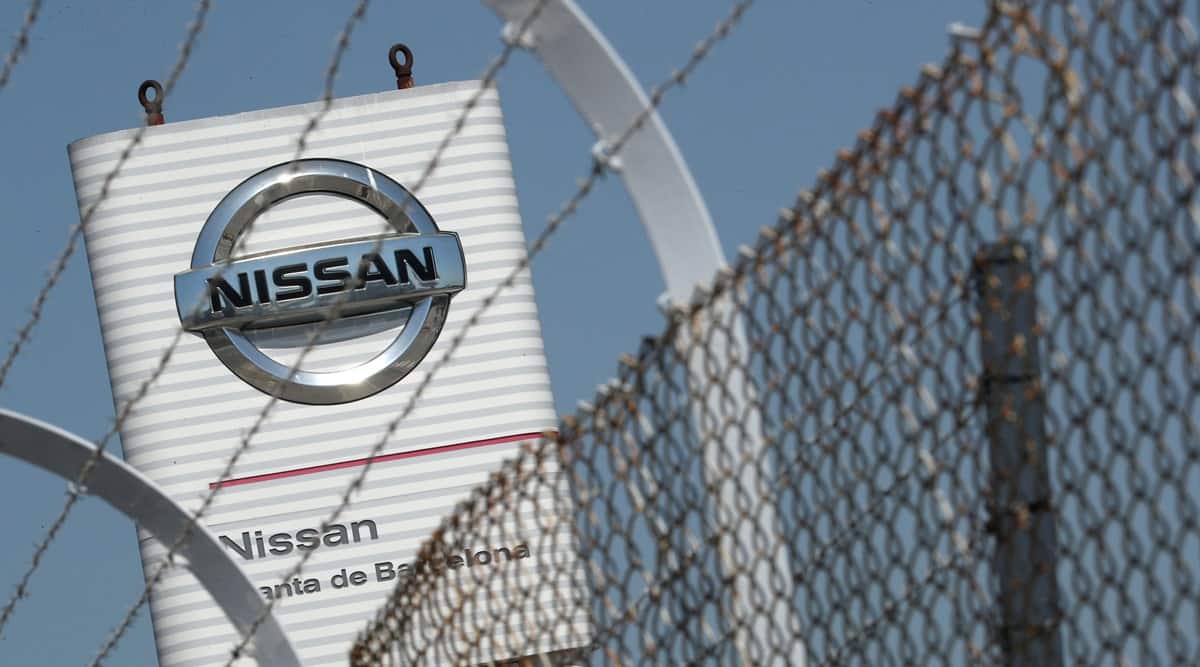 When automakers were first hit with chip shortages at the end of last year, they tried idling factories until the troubles blew over. But with the crisis stretching into its fifth month and getting worse, they’re getting creative to keep at least some production moving forward.

Nissan is leaving navigation systems out of thousands of vehicles that typically would have them because of the shortages. Ram no longer offers its 1500 pickups with a standard “intelligent” rearview mirror that monitors for blind spots. Renault has stopped offering an oversized digital screen behind the steering wheel on its Arkana SUV — also to save on chips.

The crisis is an historic test for the century-old auto industry just as it is trying to accelerate a shift toward smarter, electric vehicles. For decades, carmakers moved steadily to include more and better advanced features; now, they’re stripping some of them out — at least temporarily — to salvage their sales.

That rollback underscores the depth of the issues facing the industry. Just last week, BMW AG, Honda Motor Co. and Ford Motor Co. all flagged worsening problems from chip shortages. A failure to secure critical supplies is a massive short-term setback — millions of vehicle sales will be lost this year — and bodes ill for the future as competition from tech-savvy internet and consumer-electronics companies intensifies.

“This probably gets worse before it gets better,” said Stacy Rasgon, who covers the semiconductor industry for Sanford C. Bernstein. “It just takes a long time to bring this capacity online.”

NXP Semiconductor NV Chief Executive Officer Kurt Sievers said the shift to electric vehicles is happening faster than anticipated, which has added to the increased demand for automotive chips. NXP plans to ship at least 20% more auto chips by revenue in the first half of 2021 compared with the first half of 2019, even though car production has dropped about 10% over the period, he said.

Mark Liu, chairman of Taiwan Semiconductor Manufacturing Co., cautioned the crisis is far from over. His company, which is the world’s most advanced chipmaker and will be critical to any resolution, will begin to meet auto clients’ minimum requirements by June, but expects the car-chip shortages could last until early 2022, he said in an interview with CBS.

Automakers can’t just wait. One reaction to the shortage is to allocate the scarce components to more profitable and better-selling vehicles at the expense of other models — something manufacturers like France’s Renault SA and Japan’s Nissan Motor Co. are doing.

Carmakers are also building vehicles with less technology. Peugeot is going back to old-fashioned analog speedometers for its 308 hatchbacks, rather than use digital versions that need hard-to-find chips. General Motors Co. said it built some Chevrolet Silverado pickup trucks without a certain fuel-economy module, costing drivers about 1 mile per gallon. Nissan is cutting the number of vehicles with pre-installed navigation systems by about a third, according to a person familiar with the matter.

The Japanese manufacturer, which in early January became one of the first automakers to warn of an impending shortage, is also prioritizing chip supply to the two best-selling models in each major market, the person said. In one instance, Nissan flew chip supplies from India to the U.S. on a chartered cargo flight to help production move forward there. A representative for Nissan declined to comment.

Buyers of Renault’s sporty Arkana now have to settle for a smaller display without a navigation map, and forgo an option for a phone charger by induction.

Stellantis NV — formed from the merger of Fiat Chrysler and PSA Group — has modified the Ram 1500 pickup so that the digital rearview mirror that usually comes standard is now available only as an upgrade option, according to a person familiar with the matter. The manufacturer is also using parts that don’t require chips from its more basic Ram Classic truck to keep the pricier version moving down the assembly line.

“Given the fluid nature of this complex issue, Stellantis employees across the enterprise are finding creative solutions every day to minimize the impact to our vehicles so we can build the most in-demand products as possible,” spokeswoman Jodi Tinson said in an email. 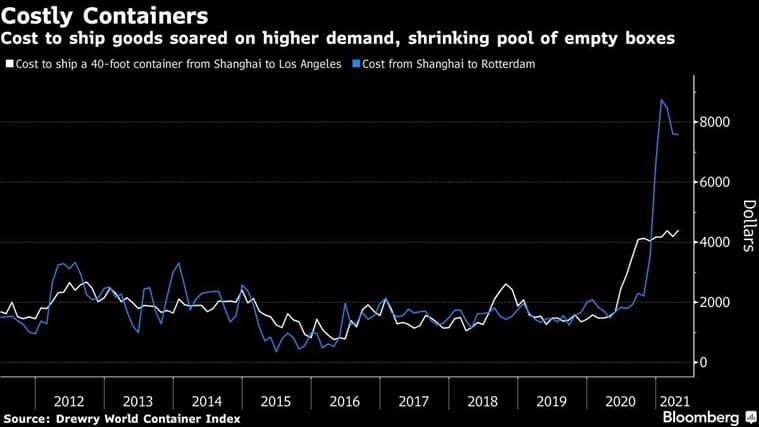 In at least one case, carmakers are asking a major chipmaker to send microcontrollers that don’t meet standard specifications, a person familiar with the matter said. Those sub-standard chips wouldn’t jeopardize safety essentials, like brakes, the person said, but they could mean in-car entertainment or emissions monitoring systems are more likely to malfunction in extreme weather.

Automakers and suppliers can accept whatever chips are available and rewrite the software to give them a new task, said Sig Huber, a consultant at Conway MacKenzie and a former head of purchasing at Fiat Chrysler. Tesla Inc. said last week it alleviated issues by reaching out to new semiconductor suppliers and then quickly writing new firmware for those chips.

Stellantis is working on more standardization across its vehicle lineup rather than having to use specific chips for some models, Chief Financial Officer Richard Palmer said on an call with reporters this week.

“More standardization and flexibility, which is key when we have supply constraints,” he said. “We’re managing scarcity.” Meanwhile, behind the scenes, car suppliers are going to unusual lengths to try to secure chips. A Stellantis partner called JVIS-USA LLC tried to sue NXP in a Michigan court in April in a Hail Mary attempt to get more chips, but a judge rejected its request. Automotive supplier Visteon Corp. flagged that carmakers may seek compensation because of the shortages. In Japan, Toyota Motor Corp. President Akio Toyoda visited a Renesas plant that had suffered a fire to hasten its return to production.

Yet no relief is in sight, with even Apple Inc., whose high-specification iPhones and aggressive demands typically place it at the front of the chip-customer line, saying last week it’s starting to feel the pinch. That may leave carmakers wanting even when chip manufacturers eventually manage to increase capacity.

“This has the potential to be a longer-term issue,” said Anna-Marie Baisden, an automotive analyst at Fitch Solutions. “This will only be exacerbated as vehicles become technologically advanced and use more chips.”