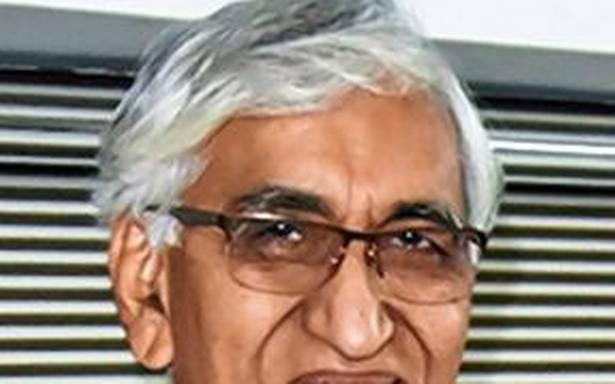 Amid the ongoing leadership tussle, there is no official word on what transpired

The party president’s meeting with the Chhattisgarh Health Minister lasted for about 30 minutes.

After reaching Raipur, Mr. Deo told reporters at the airport that he had nothing to say as the Congress president is meeting leaders of different States.

“I don’t have anything to say on it. Whenever there will be something, I will let you know,” he said.

There is no official word from the Congress on what transpired in the meeting.

For several months now, Chhattisgarh has witnessed a leadership tussle between Mr. Deo and Chief Minister Bhupesh Baghel over the rotational formula according to which Mr. Baghel was supposed to hand over the chief ministership to Mr. Deo.

Though there has never been any public announcement by the Congress on rotating the chief ministership, former Congress president Rahul Gandhi is said to have worked out a power-sharing formula in December 2018, when the Congress formed the government in Chhattisgarh.

However, Mr. Baghel’s supporters have consistently dismissed such talk. In the last week of August, Mr. Baghel, in a show of strength, brought close to 40 MLAs to Delhi to convey the message that he enjoyed the support of the majority of the party’s MLAs.

And after Mr. Baghel was appointed an All India Congress Committee (AICC) observer for the upcoming Uttar Pradesh Assembly elections, his supporters claimed that the leadership debate had been closed for now.

However, in a recent interview with The Hindu, when party general secretary in-charge of organisation, K. C. Venugopal was asked about a possible change of guard in Chhattisgarh, he said, “I don’t want to comment about it.”