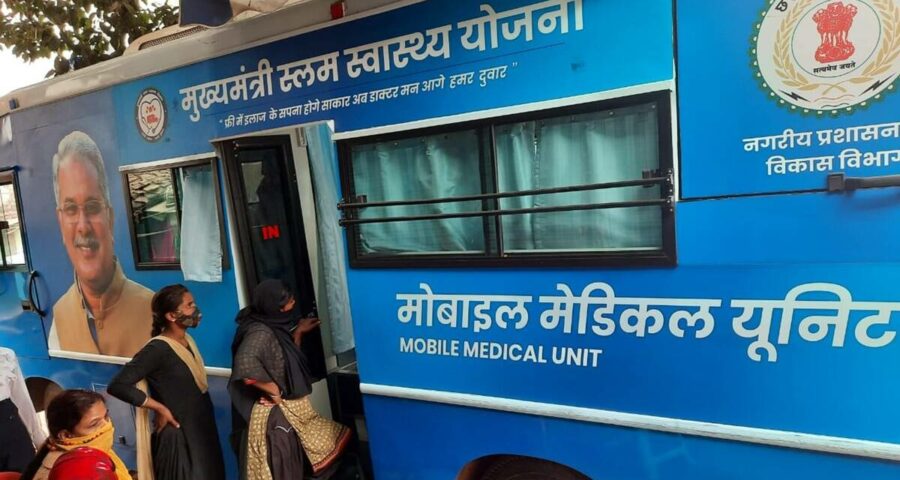 The Chhattisgarh government has organised 10,000 health camps for slum dwellers under the Mukhyamantri Slum Swasthya Yojana, as a part of which mobile medical units provide door-to-door testing and treatment facilities, the government has stated in a press release. More than 5 lakh people have been benefitted from the scheme so far.

The scheme was launched by Chhattisgarh Chief Minister Bhupesh Baghel in the presence of senior Congress leader Rahul Gandhi on November 1 last year.

Under the scheme, 60 mobile medical units, comprising doctors and other medical technicians, are visiting all the 14 municipal corporations of the state and setting up camps in about 1,600 slums, the press release stated. The medical teams also comprise pharmacists, lab technicians and nurses.

As a part of the scheme, medicines are being distributed and 41 types of tests are being conducted for free. Besides equipment to carry out all routine medical examinations, the mobile units also carry ECG machines and oxygen cylinders.

Besides providing treatment, the mobile medical units across the state have administered Covid-19 vaccine doses to 48,000 people.

The scheme is operated by the Urban Administration and Development Department, through the Urban Public Service Society constituted at the district level.

There is also a grievance redressal mechanism as people can lodge complaints by dialing a toll free number (1100).

Moreover, the government has launched special medical mobile units for women called ‘Dai-Didi clinics’ in the cities of Raipur, Bilaspur and Bhilai on November 19 last year. A total of 7,958 women in Raipur, 9,802 in Bhillai and 11,858 in Bilaspur have availed treatment in these clinics, which comprise women doctors, nurses and pharmacists.