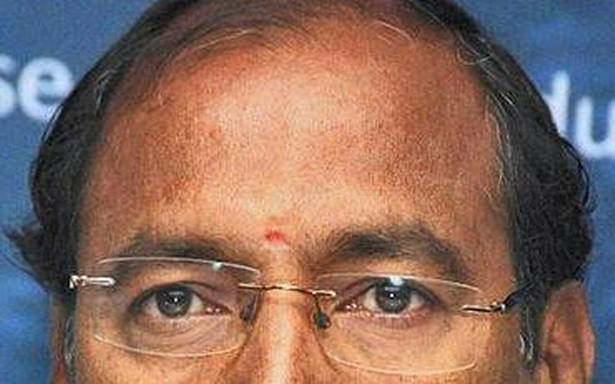 Former Electricity Minister P. Thangamani on Saturday said that long-term power purchase agreements signed by the Tamil Nadu Generation and Distribution Corporation (TANGEDCO) with eight private suppliers during the previous AIADMK regime had provided for lower rates than those in other States.

Responding to Comptroller and Auditor General (CAG)’s observation on the power utility in a report for the year ending March 2018 that there had been an “avoidable expenditure” of ₹712.03 crore till 2018 following the signing of the agreements, Mr Thangamani, who held the portfolio during 2016-21, said the agreements had stipulated the price at ₹ 4.91 per unit whereas, in other States, the per unit rate was ₹ 5.5.

On the purchase of solar power at ₹ 7.01 per unit, , he said that in a few States, the unit cost was fixed even at ₹ 15. At one point of time, the per-megawatt cost for installing a solar power plant was ₹ 8 crore to ₹ 10 crore. But, now, it had come down to ₹ 3 crore. This was why solar power was being available at a cheaper rate than in the past. Besides, in Tamil Nadu, neither land nor fixed cost was being offered for putting up solar power plants whereas this was not the case in other States.

The country’s top audit institution would make adverse comments on the Central and State governments. “But this cannot be called irregularity,” he said.