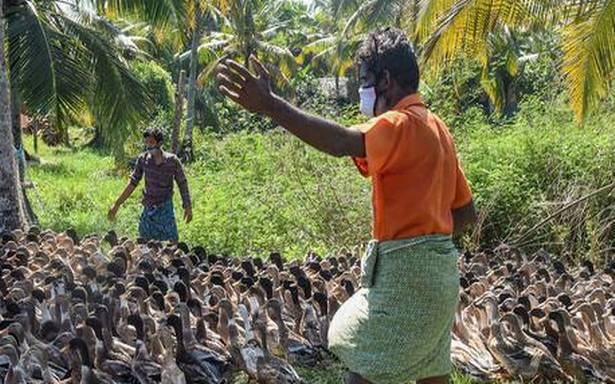 ‘It is requested to keep strict vigil on the wintering habits of migratory birds, including wetlands, for any mortality or disease outbreak signs’, says a circular

The Environment Ministry’s wildlife division has written to States to take “all possible steps” to contain the spread of avian flu.

These include stepping up surveillance and monitoring of the birds. Currently States send tissue samples of birds suspected to harbour the virus to the ICAR-National Institute of High Security Animal Disease, Bhopal.

Avian flu sees periodic cycles in India but so far has not seen the causative virus jump onto people and be transmissible. “Large number of migratory birds visit India in this season. Movement of birds to wetlands is also possible. It is requested to keep strict vigil on the wintering habits of migratory birds, including wetlands, for any mortality or disease outbreak signs,” the wildlife division circular issued late on Tuesday notes.

However, the note says, the guidelines issued are “generic “ in nature. Thus workers involved in culling operations should wear rubber gloves and protective clothing that can be disinfected or disposed of, use protective eyewear and ought to be taking an influenza antiviral drug daily for the time that they are in direct contact with infected birds or in a containment zone.